As many of you will already be aware, it was Ruby's birthday last week; we decided to leave it completely up to Ruby to decide what she would like to do to celebrate as a family. She make the decision that, because she loves strawberries so much, she would like to go strawberry picking at a pick your own farm. Ruby had never done this before so she was very excited, however the weather was not very kind on her birthday so we ended up by having the day at home (you can read here what we did instead). 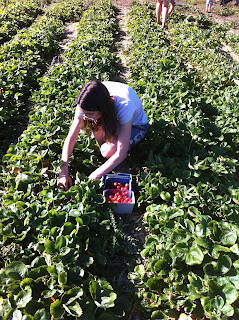 Over the weekend the weather picked up and we decided it would be a good time to go strawberry picking. We headed of to a pick your own farm we had not been to before called Whetstone Pastures Farm which is only about a 15 minute drive for our home.

When we arrived, we were greeted by a lovely and friendly lady who gave us our baskets and pointed us in the direction of the strawberry plants. The farm does not just do strawberries, they also have raspberries, gooseberries, jostaberries (whatever they are?) and blackberries.

As we approached the strawberry plants, Ruby said she couldn't see any strawberries, I had to tell her that you have to lift up the leaves and look for the big red strawberries as they were the ones that were OK to be picked and placed into the basket. 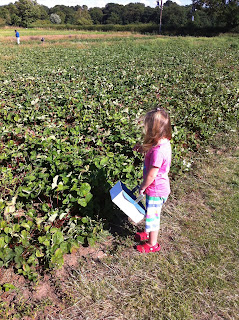 In Ruby's case, several ended in her mouth before she started to fill up a basket. 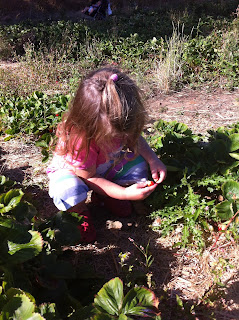 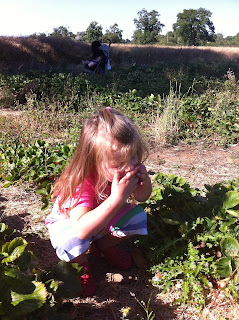 After we had filled up with strawberries we decided to get a few raspberries too, again Ruby sampled them before placing them into the basket. 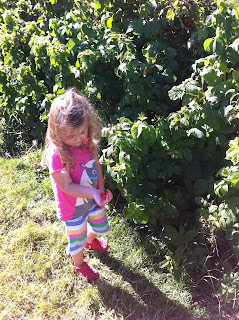 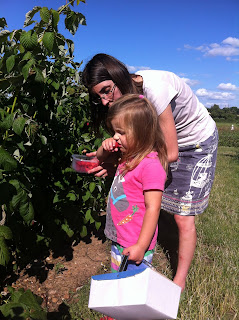 After a good hour or so of picking berries, we were all starting to feel a little tired and in need of some refreshments as the sun was shinning so much. On the farm is a small tea shop located in an old barn, they serve a variety of foods and drinks including tea, soft drinks, cakes, snacks and ice cream.

We settled for just a cup of tea as we were already quite full from eating lots of strawberries!

Throughout the tea room there are lots of little spaces where random toys are dotted around, which made an interesting game for Ruby to seek out the toys. They also had a play barn which contained ride on tractors, a Wendy house and many more, Ruby was desperate to go in there but we were near closing time and Lottie was in need of her dinner. 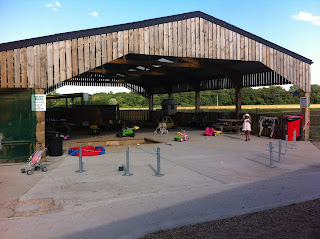 We had a really lovely time at Whetstone Pastures Farm and we were surprised we had not heard of it or visited it before. We shall certainly be going back again to buy more strawberries.

If your wondering what we did with the strawberries... well, we had a repeat go at making Eton Mess.