I have been wanting to make Eton Mess for ages, but have just never got round to it. Well today I did with a lot of help from Ruby.

I explained to Ruby what we were going to do and she asked if we could make it in the tray, so I said yes of course we could. I told her that she needed to clean her tuff tray first so she helped herself to cloth and quite happily spent several minutes cleaning. 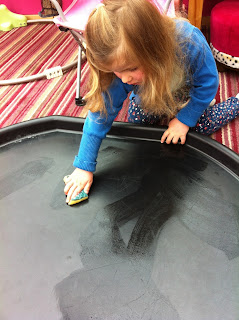 Ruby then washed the strawberries or as she called it "bathed" them! 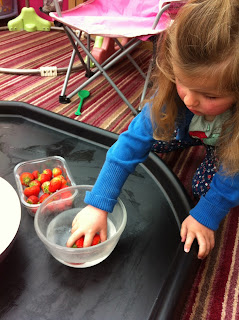 I told her she then needed to chop them up, but she found it a bit difficult with a knife so she used some scissors instead. 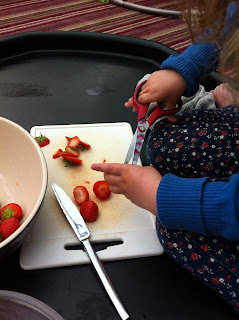 Not many strawberries ended up in the bowl, most ended up going into someone's tummy! Next it was time to break the merangues up, if I had, have had more time then I would have made some, but we cheated and bought them! Ruby loved the look of the merangue and wanted to try some! 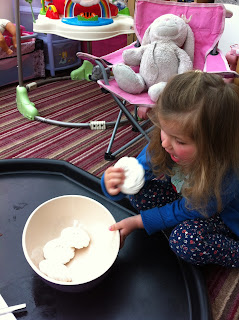 She then decided she wanted to climb into the tray and bash up the merangues with her hands which she thoroughly enjoyed. 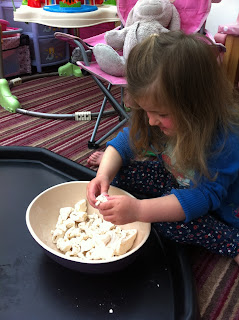 She helped me to whisk up the cream 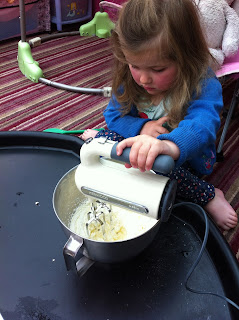 The merangues then needed to go into the cream, Ruby initially started with a spoon but then decided hands were much better! She had great fun doing this and re-enacted the scene in toy story where the claw comes and saves woody and his friends, it was very cute and funny to watch! 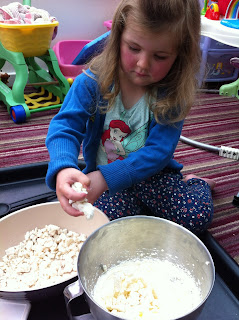 The strawberries then went into the bowl and the mixing commenced. 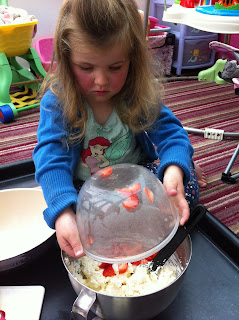 After all the strawberries were hidden, we took the spoons out and Ruby like a Cheshire cat licked the cream off the spoons!

And here is our masterpiece: 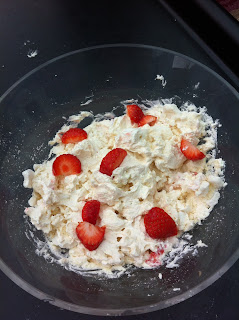 Ruby loved today's messy play and commented that this was the best one yet and far better than gloop!