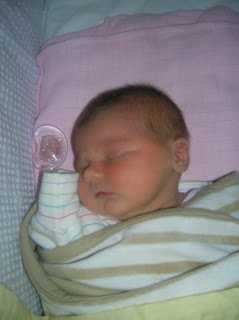 I had struggled quite a bit with my pregnancy with 30 weeks of ‘Hyperemesis Gravidarum’ (severe sickness),  however I am incredibly pleased to say that I went through labor came out the other side and have an amazing daughter, so grab yourself a cuppa as I think this is a long birth story!!

I went to see my midwife at 2.30pm and when she examined me she said that baby’s head was very low down. I jokingly said to her does she think baby will be here soon and she said she wasn't sure but would see me in 2 weeks at my 40 week appointment. As I was making my appointment with the receptionist she came out and asked that I see her next week when I was 39 weeks, as she thought baby may come early.

After hubbie got home from work I told him what the midwife had said and I decided to try and see if I could get thing’s started never in a million years did I think I would. So we went shopping to buy some new bedside cabinets and then we decided to have an Indian takeaway, I just had my normal korma but jokingly asked could they add a little something to it!! I am not sure if they did as it did not taste any different.

At about midnight I started to get Irregular Contractions and back ache which I assumed was Braxton Hicks. We went for a long walk around the village in the pitch black at 1am before going back to bed.

I tried to get sleep but felt a bit restless so hubbie was massaging my feet when all of a sudden as I was drifting off to sleep I heard a popping noise and shot straight up in bed and said to hubbie that’s my waters!! He didn't believe me, I went to the toilet and it trickled, still not convinced, I put a pad on and within 20 minutes it was full!!

I rang the midwife led unit who asked that I came in just to confirm it was my waters which I did. When I arrived at the unit they confirmed it was my waters and that because my contractions were every 3 minutes and that they were only lasting 40 seconds they said I was in early labor and they advised it was best to take some time to rest at home. We went home and the pain got worse but the contraction were no more regular. I decided that I needed something stronger than gas and air or water and that I wanted an epidural so would have to go to the hospital.  Hubbie and I arrived at the hospital at 9.30 am and had 4 contractions from the car into the delivery suite. I felt the urge to push however never mentioned it as the midwife led unit said I was in early labor  I asked for an epidural and this was arranged so quickly was amazing, it took about 20 minutes for it to kick in, I didn't want to have no feeling so had a very tiny amount of epidural.  I was then examined at 1.30pm and the midwife said to me I was fully dilated and I had been for some time!! I immediately gave her a hug!! We then decided to push at 2.00pm , hubbie hadn't even brought in the bags in as he thought it would be some time before we needed them!! I wasn't sure what position to be in to push as didn't want to feel exposed so my midwife suggested I kneel with my back to them leaning over the headboard, which I did and she then put a duvet over me so I felt so comfy. Once the epidural kicked in I felt no pain and didn't even scream! (unlike the lady in the next room!!!!). I then started to push and 26 minutes later, my beautiful baby daughter was born. Ruby weighed an amazing 7lb 15 and a half oz despite being born at 38+3 and my bump was tiny!!