Ginger is not a Cure: My Hyperemesis Hell!

Tomorrow is Hyperemesis Awareness Day, a very special day that means a huge amount to me. I am very passionate about raising awareness about Hyperemesis and invite you all, over the coming days, to please share my posts, tweets and facebook messages in the hope of raising continued awareness of this condition which affects roughly 1 in every 100 pregnancies. 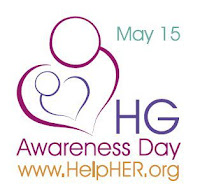 I have found it very hard to write the posts for this week, as the subject means so much to me having suffered not once, but twice with Hyperemesis Gravidarum (HG). I hope that my posts give some justice and raise much needed awareness of the condition and also help people who are suffering too.

For anyone who is unaware, Hyperemesis Gravidarum is a debilitating and potentially life-threatening pregnancy disease that typically causes rapid weight loss, malnutrition, and dehydration due to unrelenting nausea and/or vomiting; it has potential adverse consequences for the mums-to-be and their babies. I would like to emphasise, IT IS NOT NORMAL MORNING SICKNESS!

Here is my HG story: 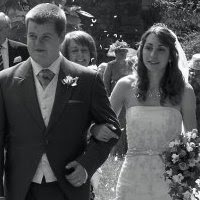 I married my hubbie in the summer of 2008 and shortly afterwards we moved into our first home together; life was going very well and we were both enjoying our time as newly-weds.  We had spent some time before our marriage talking about if and when to try for a family, and we both agreed that as soon as we were married we should try.

In late November of 2008 I started to feel unwell and just assumed that I had caught the flu or something similar, however as time passed I was becoming more and more sick; hubbie suggested that I take a pregnancy test as I had missed my period; to both our surprises I was indeed pregnant. We assumed that I was just suffering from a bit of morning sickness that would shortly pass. How wrong were we? What followed was extreme sickness and constant nausea; I was unable to keep anything down, including fluids; at one point I honestly thought I was going to die. My doctors were very reluctant at first to prescribe any medication as there was a small chance that it could harm the baby. I was signed off sick from work by my doctor when I was only 6 weeks into my pregnancy; I tried returning but each time I would be sick either in the car park or shortly after arriving at the office; I was regularly sent home. The sickness carried on and on and I was so glad to reach 29 weeks so that I could start my maternity leave. Looking back on my pregnancy with Ruby, I am thankful I only had to look after myself and and am grateful that hubbie did a fantastic job of keeping in top of the house work and cleaning out the sick bowls!

In July 2009 I gave birth to Ruby and wow, the minute I delivered the placenta, the sickness completely stopped and I felt so much better, I felt so normal! How could this be?

After the horrible pregnancy with Ruby I was reluctant to go through another pregnancy; we wanted Ruby to have a sibling, so we waited until Ruby started to regularly attend preschool before trying to conceive so that if I was struck with HG again, I would have some help looking after Ruby.

Fast forward to November 2011 and I was pregnant again, and due on Ruby's 3rd birthday; it was like reliving my life from 3 years previous, only this time, the condition much much worse!

The sickness started before I knew I was pregnant; fortunately this time I was clued up about Hyperemesis and armed with my knowledge, I was able to fight for the medical care that I needed.

I refused to take no for an answer second time round and persuaded my doctor to prescribe me with some anti-sickness medication; unfortunately these tablets, and the numerous others that I was subsequently prescribed, didn't make me feel any better. Nothing was working, and whilst I was looking after Ruby I was becoming more and more drained; I wasn't coping!

I kept asking for help but nobody was doing anything or even listening to me. People were wrongly assuming that I just had regular morning sickness and was being a drama queen. Then one weekend, when I was only 6 weeks into my pregnancy, I could not carry on any more; I was admitted to my local hospital with severe dehydration! I was devastated to be apart from Ruby as I had never spent a single night away from her; it really did break my heart. I was given 5 bags of fluids and countless injections of anti-sickness medication to combat the sickness. After a few days the fluids and medications appeared to be doing the trick ans I was discharged from the hospital; however unfortunately it was only a short term fix and it wasn't long before I was being sick again!


When I was 16 weeks into my pregnancy we went away as a family for a couple of days; it didn't go to plan as I ended up having to have an emergency appointment with an out of hours doctor because the sickness was taking a hold of me again. Thankfully I saw the most amazing female doctor; without her, I don't know where I would be. This doctor knew about HG and understood that I really did not want to spend my holiday in hospital and be away from my daughter, so she prescribed anti sickness injections and even administered them for me throughout the trip. Why they could not have done this in my NHS trust I do not know, it would have freed up a bed in hospital and saved us all so much time and money!

I struggled to bond during both of my pregnancies and often referred to the baby as 'it'; if I am honest, in both instances I resented the baby for making me sick. In both case hubbie suggested that it would be in my best interests to have a private gender scan at 16 weeks (the earliest opportunity) to know the sex of the baby and hopefully help me to start to bond. I am pleased to say that it worked and I started to refer to the girls by name and began to fall in love with them.

Looking back I really feel that I was cheated out of my pregnancies; I always imagined I would blossom in pregnancy and enjoy my time as a mum to be, but in reality I hated it!

The good news is that I have survived two Hyperemesis Gravidarum pregnancies and have two beautiful daughters to show for it! 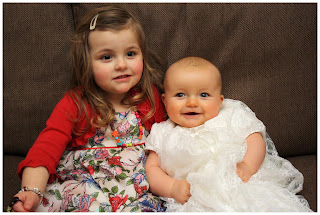 As a result of my own experiences, I have decided to volunteer for an organisation called 'Pregnancy Sickness Support' in the hope that I will be able to raise awareness in my local area and even further afield too!

If you would like to talk to me about my experience in greater detail, please do not hesitate to Contact Me or leave a comment in this post; alternatively, for more information about Hyperemesis Gravidarum please visit the Pregnancy Sickness Support website - http://www.pregnancysicknesssupport.org.uk/help/