Tuesdays are one of the days that Ruby goes to play school; she headed off with her pack lunch in one hand and yesterdays hungry caterpillar picture in the other, desperate to show her friends what she had made. Today was a day for Lottie and I; I decided it would be a good idea to hit the shops as we needed a couple of fresh food bits and it is much easier to look around the shops without Ruby, as Ruby now knows exactly what she likes and what she doesn't!

After dropping Ruby off at playschool we headed straight of after to a local small shopping centre, there are only about 8 shops here, but it is my favorite place to shop because it contains a really good sized T.K.Maxx. For anyone who has not been in one before, I strongly suggest you go, I love it! My mothers day present actually came from there; its a handbag with the union jack on it, its really bright, colourful and unusual. 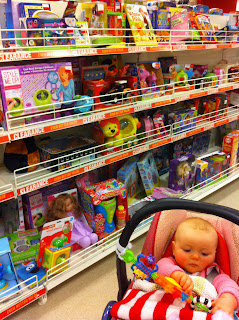 I really like browsing the unusual things that not many people have, and enjoy decorating our home with interesting bits and pieces; T.K.Maxx is always reasonably priced when it comes to these sorts of things. In a way I am really glad that I didn't have Ruby with me as she would have wanted to buy almost  everything in the store today; I even joked to the cashier about it, to which she replied shes "a typical girl then"!

I stocked up on a couple of presents for Ruby's birthday and got her a Disney princesses bag and hair bobbles. Were hoping that sometime next year we can take the girls to Disney Land in Paris, but as always its down to whether we can save enough money as we are already on a tight budget with just one income.

Lottie and I then went to the supermarket to pick up a few bits and brought a couple of food items to use for our creative messy play! Never in a million years did I think I would be doing this with the girls, but they are both loving it and I must admit I am too!

I decided to do a picnic lunch for Lottie after seeing how well she did yesterday with baby led weaning. She again ate everything I put in front of her; I think she even eats more than Ruby!


Then came pudding! I had set a strawberry mousse and put jelly teddy bears in; I was a little, well actually a lot worried about this, but we took the plunge and I allowed her to play however she wanted with it!

I think the following pictures just say it all really! 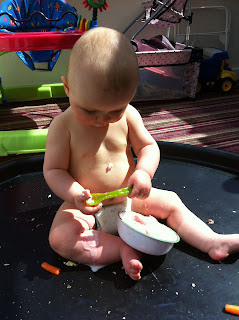 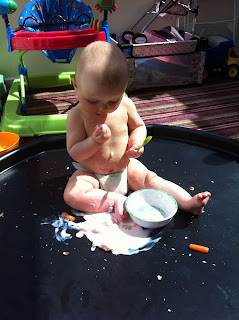 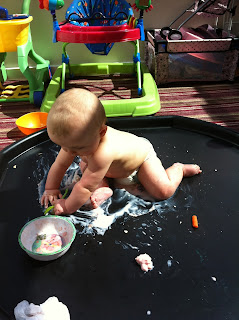 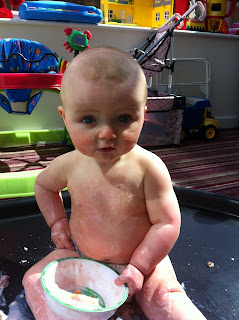 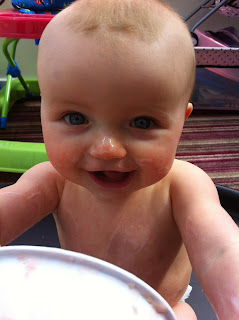 She certainly needed her bath afterwards!

It was then time to pick Ruby up from playschool and as the sun was still shinning, we went to the park. Ruby was not feeling very confident and kept saying she couldn't do things and was no good, so never one to miss out on a bit of play, I decided to get involved to; as soon as I had shown her what to do, she copied and felt much more confident. 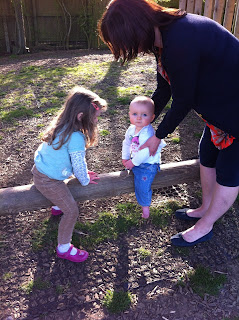 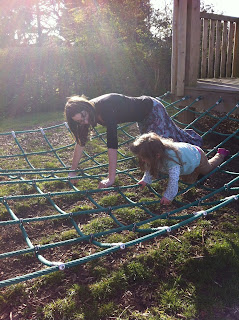 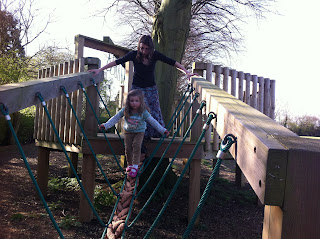 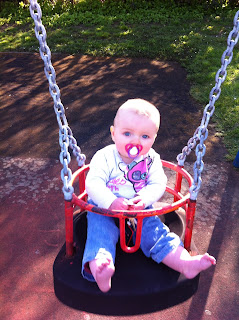 After lots and lots of play it was time to head home for dinner!