Is it better to keep quiet?

I am sure there is not a single person that hasn't heard the terrible and shocking news about what happened in Boston, America on Monday evening. For anyone who has not; two bombs went off close to the finishing line of the Boston marathon and at present three people have sadly lost their life's and many other people are very badly injured.


I would firstly like to say that my thoughts and prayers are very much with all the people injured or bereaved; I cannot come close to understanding how they must be feeling.

On Monday evening we were just putting Ruby to bed when the breaking news came in reporting this tragedy and after Ruby was asleep hubbie and I were glued to the news. We were both so stunned, so shocked that someone would intentionally want to plant bombs with the aim of killing people or completely turning a persons life upside down. I don't understand it, or get it, Why? 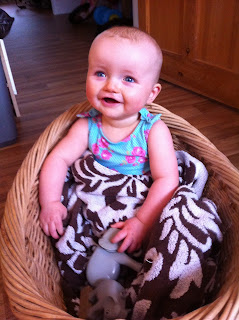 It is unfortunate that the world we live in today is not all nice and lovely there is constantly something horrible happening; this got me thinking about today's blog post, should we as parents censor what our children see? or should we tell them about the news?

For me as a mother I would love to wrap Ruby and Lottie up in cotton wool and protect both of them from the outside world, but I also know deep down that whatever I do I can't fully stop them from watching or hearing something; I feel that if I were to do this, the girls will have a massive shock to their systems when they are older. Bad things should not be happening but they do occur far too often. Personally I feel my girls need to know in a basic way about what is going on and why; they do not need to know all the graphic details but they need to know something. 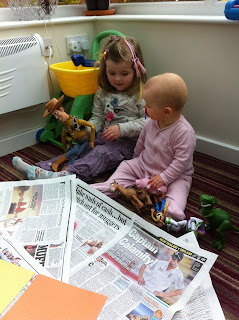 I decided over breakfast on Tuesday to take the time to talk to Ruby about the bombs in America, I told her that someone had put some bombs in a street and they made a big bang and created a fire, and that lots of people got hurt, but doctors and nurses were doing all they could to make people better. Ruby took all this on board and I showed her some of the photos on the BBC news website, I had already looked at them to check they were what I would deem to be suitable and acceptable for her to see. After looking at the pictures and having me explaining them to her, she said to me "mummy, we need to ask Jesus to make them better"; I told her that was a lovely idea so Ruby and I said a very basic and short prayer together.

We then headed off to playschool and as I was hanging up Ruby's coat and bag she walked over to the playschool leader and told her "I need to tell you something, there has been a big fire and lots of people have been hurt but the doctors and nurses are trying to make them better" The leader looked at her and agreed and Ruby says "lets pray" so she did. The leader at playschool attends a church and is amazed that even at 3 years old how Ruby grasps the news.

Do I think that I have done the right thing in telling Ruby about the bombing? Yes I certainly do; I can not keep her wrapped up in cotton wool, she might one day turn the TV on or watch the news with me and be alarmed after never seeing it before; so should we never have the TV on when the girls are around? Do I not take her to the local shop to get some treats in case she looks at a newspaper? No I will not. 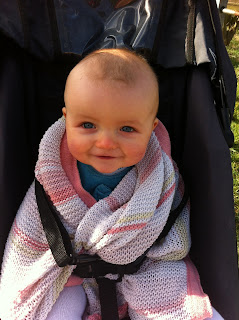 Today was the funeral of Margaret Thatcher and if Ruby had not at playschool I would have had the TV and watched part of it with her. She is already aware of death as recently a neighbour passed away and by the families request, I took the girls to the funeral. If I am honest I was unsure about taking Ruby and Lottie in case they misbehaved or were too noisy, however I didn't have anyone to look after the girls so I decided we would go and sit near to the back of church and if the girls became restless we would leave. I had spoken with hubbie and a few other people to get their advice and had decided that it would be best to tell Ruby what was going to happen and why. I explained that we were going to a funeral, there would be a box and a lady was in it, however her soul was in heaven but her body was dead. I was really scared if I did not tell her anything that in the quiet of the funeral service she might come out with "whats in that box mummy?". Both girls exceeded my expectations and behaved so well; afterwards we went to the wake for some cake and tea and everyone commented on how well behaved they were, I felt like a very very proud mummy. The following day we visited my mother and Ruby told her about the funeral and there was a lady in the box but she did not see her! Ruby then went off and played with her toys and put her favorite pink bunny into a box; I asked her what she was doing and told me she was having a funeral and that I needed to stand near the box and sing a song! For pink bunnies funeral we had to sing twinkle twinkle little star! I find it amazing how much Ruby takes it, it is very sweet to see.

I really wish bad things would not happen, but they do and unfortunately its a part of life; all we can hope, dream and pray is that one day things won't be as bad for our children. I believe our children need to be aware that this world is not as perfect as we would hope it would be.
Posted by Unknown at 18:38