As both girls were at home today, I decided to have a theme for today's play. I was thinking about this last night but wasn't sure what to do; then all of a sudden click, I had an idea! I remembered that I had set a jelly with some worm sweets in it a couple of days ago, but we had not got round to eat it; so I decided to go for a bug theme! 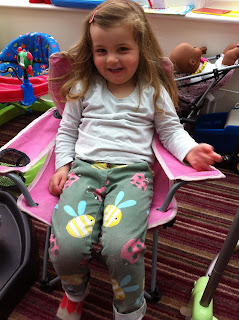 The playroom was in a bit of a mess and I wanted to give it a quick tidy, so I decided to put on "A Bugs Life" to keep the girls occupied whilst I cleaned. For anyone who has not seen bugs life its a Disney movie about:


"Journey with one ant as he searches for warriors to help battle bullying grasshoppers who threaten his home. When he stumbles on a bumbling troupe of circus bugs, the only hope for victory is the bond of friendship and the power of imagination." Source: Disney

This film linked in really well with what I had planned for the rest of the day. After lunch the sun came out so we went out for a walk on the hunt for some bugs. We found some ladybirds, ants, spiders, bees and wasps! I explained to Ruby that bugs needed homes to live in and she told me don't be silly mummy, bugs don't live in real houses they live in trees and soil; on the way back we collected some nice leaves and twigs that we will use another day to make something. 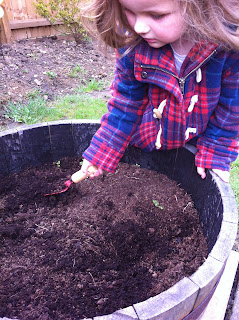 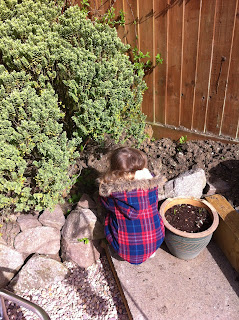 We had a lovely hot chocolate with all the trimmings as despite the sun being out, it was still really cold. We then read "What the Ladybird Heard" by Julia Donaldson, this story is about:


"Hefty Hugh and Lanky Len have a cunning plan: they’ll sneak past all the animals and steal the farmer’s fine prize cow. But they forget all about the tiniest, quietest creature on the farm—the ladybug. She has a plan of her own." Source: J Donaldson 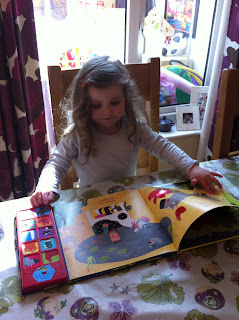 For the rest of the afternoon we focused on ladybirds and Lottie and Ruby moved around on our ladbybird skipper. We had collected some large stones whilst walking around earlier and I asked Ruby if she would like to make ladybirds; we painted the stones and used googley eyes to make our very own ladybirds. 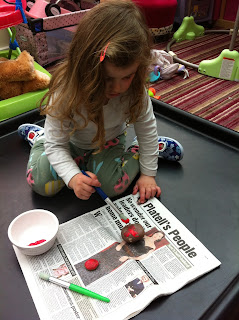 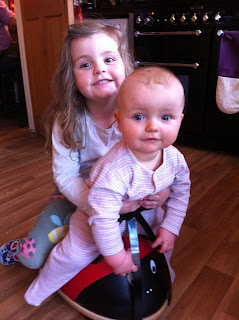 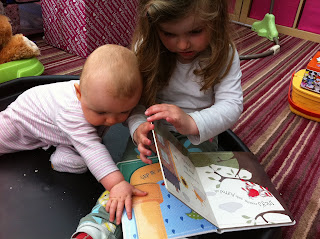 Before hubbie returned home from work, the girls had just finished eating their dinner and it was now time for messy play pudding! I placed the jelly in the middle of the Tuff Tray and just allowed the girls to play and eat it however they wanted! 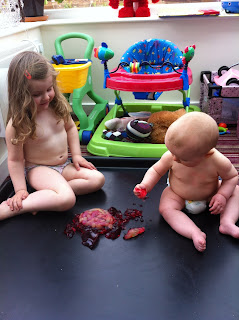 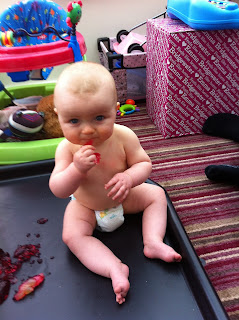 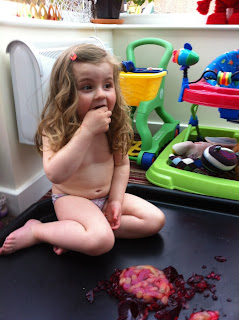 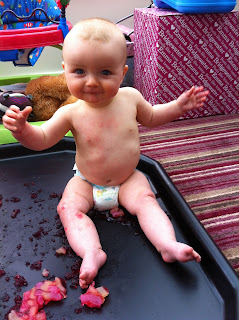 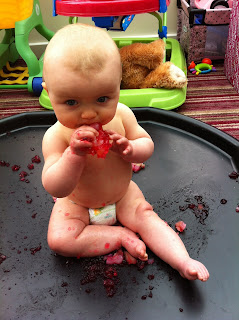 I think its safe to say they had a very enjoyable time!