H.O.P.E - Helping Others and Promoting Education - This is Katie's story -


My story is pretty scary but my twin boys are healthy and happy 21 month olds who are into everything and exhaust me! My house is trashed; I barely sleep and don’t get me started on the washing!! I adore my sons, with every fibre of my being and I wouldn’t change them for the world… 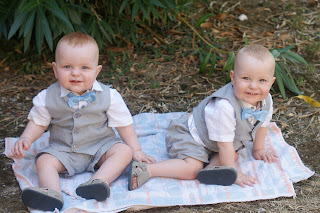 Apart from some morning sickness my pregnancy progressed without difficulty until I got to around 28 weeks. I began to feel intense burning in my stomach and was very sick. The episodes occurred about once a week for around 24 hours. Both the GP and the midwife put it down to being pregnant with twins.

I became uncontrollably thirsty at around 30 weeks. I drank everything and anything, around 5-6 litres a day. Even with all the drinking, I was struggling to pass urine; as a result my body started to swell. Ice packs helped for a while, but as soon as I took them off, I’d start to swell again. I was also covered in these strange angry looking spots. They were all over my arms and spreading. No one was particularly happy with them, but they thought it was something to do with my immune system.

At around 32 weeks I felt very sleepy and lethargic. I didn’t want to go anywhere, or do anything and I did literally sleep all the time. The nausea episodes were becoming more frequent, at least 3 times a week. I also lost my appetite - I didn’t want to eat anything and what I did eat tasted like cardboard. I put it down to the nausea. It was really starting to wear me down. I was becoming very grumpy and fed up. I desperately wanted the twins to be born, but I knew it was still too early.

I woke up with a strange tingling down one side of my face; I thought I must have slept awkwardly. The next morning I couldn’t move one half of my face or close the eye on that side. I was affectionately named “Quasi” after Quasimodo by my husband!

The doctors diagnosed me with Bells Palsy, but couldn’t work out what had caused it. They gave me steroids and asked for me to be closely monitored by the midwife. She came every day but my blood pressure was normal and so were my proteins. She was a little concerned about my symptoms (nausea, lethargy and extreme thirst) but reassured me that I was pregnant, with twins, my body was just making adjustments for the two little humans growing inside me. She arranged an appointment with the consultant anyway.

At 35 weeks the consultant prescribed ranitidine to control the sickness and we discussed plans for a caesarean section. Noah (twin 1) was breach. My waters broke at 36 weeks and 1 day at 2.00am and I was admitted to hospital. We were monitored and all was normal except I was struggling to give them a urine sample, so they took bloods instead.

After a scan, Noah (twin 1) had turned, so instead of a caesarean section they asked if I wanted to give birth naturally. I could hear lots of women giving birth around me and honestly the thought terrified me, but I convinced myself it would be better and agreed to try.

9 hours later a midwife came to check on me. I was 7cm dilated but Noah was lying back to back and flexing. She thought she could also feel a foot (Jacob). She said it was too dangerous for the babies to give birth naturally now. We needed to go back to the original plan. I was secretly relieved! Before we left Gareth began mentioning that my eyes were turning yellow but I was contracting every minute and not in the mood for Michael Jackson Thriller jokes!

After another scan I felt the situation change. I was being pushed into theatre at a running pace. It was an emergency. I knew this but I was struggling to stay conscious. I could hear everything that was going on but could not make myself respond in the way I wanted to.

My babies were born via emergency caesarean section on Sunday 4th September, Jacob William at 12.00pm and Noah Jack at 12.01pm.


They didn’t cry, not at all. I could hear the panic. A very nice anaesthetist was trying to explain what was going on, they were having some trouble breathing and they would need to go to the NICU. Jacob was taken before I could see him. They tried to show me Noah, but I couldn’t see him from where I was. My babies were here, but they were gone. I was so traumatised I just lay there, staring at the ceiling.

While in recovery a doctor came to explain that neither of my sons had been breathing independently and both needed resuscitation. They were smaller than had been expected and their Apgar scores were low. Noah was now breathing independently but Jacob had been intubated. They wanted to cool Jacob’s brain to limit the brain damage. They weren’t sure how he would respond but they felt it was his best option. They wanted to go back through my notes as there had been nothing to indicate they boys would be born in the condition they were.

Was my blood pressure high? No. Were my proteins normal? Yes

Had I had any headaches? No but I had been very sick, had intense stomach pain and strange spots, was thirsty, lethargic and now I was swelling and yellow.

The doctor took Gareth to see the babies. When he returned, the look on his face will haunt me forever. He told me later that the doctors had told him to prepare for the worst. He could lose all three of us. Obviously he didn’t tell me that at the time, but I knew, although he was very positive, that my boys were in serious danger. I decided to prepare myself. I was going to lose these babies. I went numb. For the next 12 hours I lay, staring at the ceiling thinking about my sons (who I still hadn’t met) and their funerals, thinking about the cot and bedroom furniture that would need to be taken down, praying to my grandparents to take care of them when they passed.

Doctors and midwives flitted in and out checking for this, taking blood for that. I barely noticed them.

The next morning a doctor told me that my liver and my kidneys were failing. They didn’t know why, but I needed to move to a hospital with liver and kidney specialists. He thought I might need dialysis.

I refused. I hadn’t met my sons yet, and they were fighting for their lives. I needed to be with them; come what may. The doctor told me, very politely, but very sternly “You need to go, your condition is serious.” I agreed (as if I had a choice) but I wanted to see my sons before I went. I was frightened that something would happen I would never meet them.  They gave me 20 minutes. I held Noah (Jacob was too ill to be taken out of his incubator). I just stared at the beautiful baby who was so small, and so perfect. I refused to feel anything because I did not want to say goodbye. The nurses gave me some photographs and I was taken away.

When I arrived in the HDU I was put on oxygen and a drip. I was seen by more doctors than I can remember. They still weren’t sure what was causing my organ failure but the thought that it might be HELLP Syndrome (a life threatening condition linked to pre-eclampsia). A concern had been raised as one of my sons (they never told me which one) had very high serum creatinine levels (a blood measurement of creatinine which is primarily produced by the liver). They checked me and found the same. This meant they could be sure my liver was the problem. My son had saved me. I responded very well to treatment and they sent me back to my sons 24 hours later.

Noah was out of HDU by the time I got back to him. Jacob was still being cooled, but was breathing on his own. The nurses explained everything and I spent the evening being wheeled back and fore between them.

The next day another doctor came to see me. He was a liver specialist. He told me that I was presenting with symptoms of Acute Fatty Liver of Pregnancy. An extremely rare, life threatening condition with symptoms that are very non-descript. The liver becomes unable to cope with the fat produced by the mother and the baby (I had two babies).There is a build up of fat in the liver cells and it stops working. As a result causes other organs to fail (in my case kidneys and pancreas) and can cause maternal and foetal death.

It may sound strange to say at this point but I am extremely lucky. I survived AFLP. There are a few battle scars, physically and emotionally but I survived. Noah appears to be unaffected and Jacob is showing signs of language and physical difficulties. Nevertheless my beautiful boys are happy, healthy and here - what more could I ask for?

I am currently involved in a genetic research project which will hopefully identify a genetic marker for ALFP as the cause of the condition is not fully understood.  This will help to save families going through the horrific experience that is AFLP. For more information of AFLP visit


If you have a story you would like to share; that could help others please do get in touch. I welcome any subject and if required I am happy to post anonymous.