Ruby has really started to enjoy messy play; this week she has been enjoying playing with playdough... not just any old playdough, but home-made, pink, chocolate scented playdough! 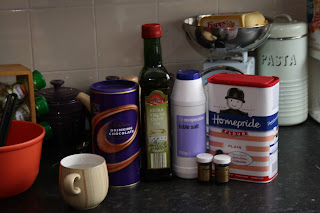 I remember playing with playdough as a child, and I distinctly remember the yucky smell it has; I decided to try and make our own, and I pleased to say it was fairly straight forwarded and worked out really well.

Ruby and I made it together; we started off by pouring one cup of warm water into a mixing bowl, followed by half  teaspoon of oil and some hot chocolate drinking powder. 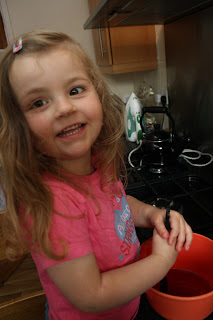 We mixed it all together in one bowl, and added one cup of plain flour and half a cup of salt to a separate bowl before we then mixed the contents of the two bowls together. 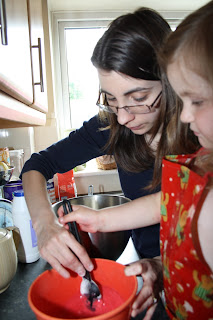 Finally we kneaded the dough until it formed a giant squidgey dough ball. We repeated exactly the same steps to make the pink playdough. 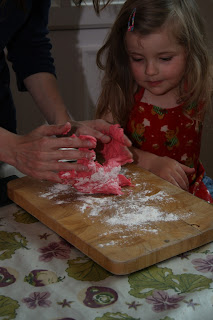 Then the fun began! Ruby started off with playing with her hands. 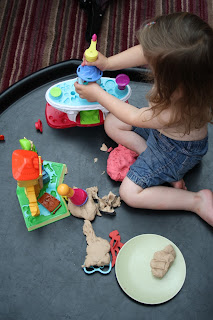 However it was not long until she decided that she wanted to put her feet into the dough, jumping on it and making footprints! 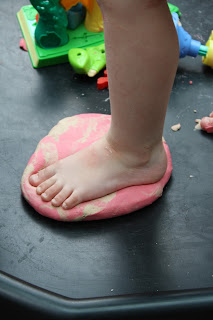 Ruby even persuaded me to try and make footprints! 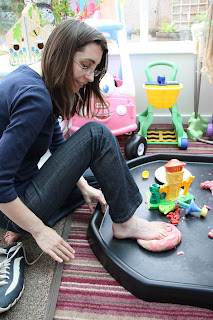 After about an hour of play, Ruby decided that she had, had enough; she was covered in playdough, so I decided that the best thing was to get her washed in the kitchen sink. 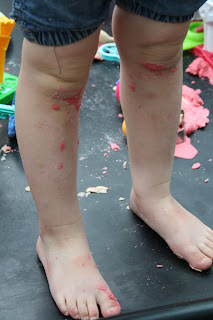 She loved playing with the bubble and even got into the washing bowl! 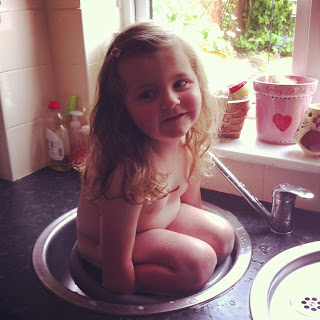 I think its safe to say that home-made playdough has been a real hit! We shall certainly be doing this again!

Don't forget I'm running a giveaway at the moment where you could win a Breastvest, more details can be found here.