The weather has been so incredibly kind to us over the last week and as my brother and sister have just broken up from school, my mother suggested that we start the holidays by taking a picnic to East Carlton Country Park. The park is on the edge of the Welland valley, between Corby and Market Harborough. Further details can be found here.

I have childhood memories of visiting East Carlton Park, both with my family and also primary school. It is a lovely park with acres of land to explore, including walking through woodlands and crossing a stream; it also features a superb play area which is covered completely in sand, and a small shop which sells ice creams and snacks. Parking is also free which is a bonus.

We arrived at lunch time, so we started off our adventure by having a picnic under a big tree to get some form of shelter from the sun, as it was very very warm. 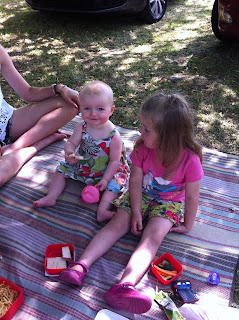 We decided to walk around the park and follow the trail through the countryside and woodland. I had decided to take Lottie in the pushchair as I wanted to be able to share the pushing, and as it was so hot, I did not want to be carrying her in her wrap; if it wasn't so warm, I would have wrapped her instead. I have a friend who has kindly written a guest post about baby wearing, which will feature on the blog tomorrow, so please check back to have a read. 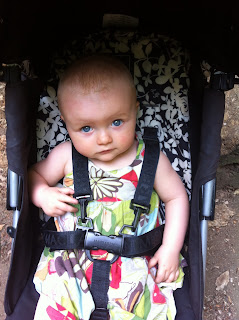 The trail around the park is broken up regularly by various different wooden items to look at and walk and play on; we were particularly impressed with the dragon sculpture. Ruby decided she was the princesses and was flying on his back, she even got Auntie Tegan and Uncle Harry to join in too!I love the fact Ruby and Lottie have such a young auntie and uncle, as she gets to have some fun with them; although as they are now teenagers, I am sure they don't always want to play with her! 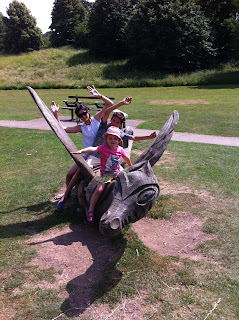 Ruby pretend to be the Gruffalo and spent some time stomping around; we all thought it was very funny when she was walking and putting her hands on her hips, she really has such a funny personality. 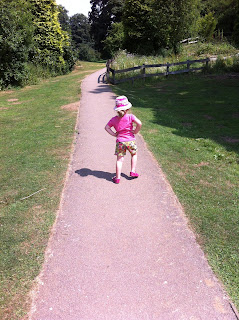 In the woodland area of the trail, Ruby enjoyed climbing on all the logs and making poses on the fallen tree stumps. 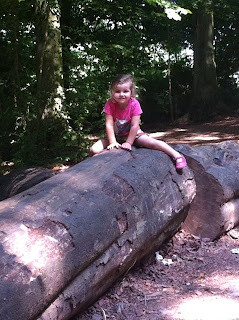 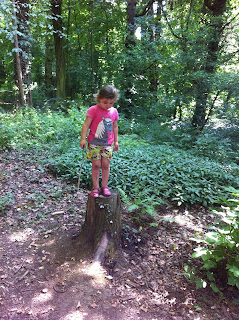 Towards the end of the walk you have to cross a stream; the more sensible of us, namely my mum and I decided to go across the bridge however Ruby, Harry and Tegan decided to walk through the stream. Ruby at first was very unsure at first, but once she mastered it, she kept going over and over the stream time and time again. Tegan and Harry played a prank on Ruby and splashed her with water, she was not impressed but she soon got her own back when she found a drinking trough and splashed Harry! 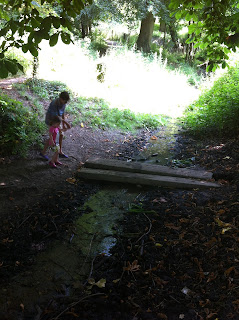 Ruby was still buzzing with energy even though we had been walking for about an hour and a half hour, so we decided to spend some time on the park, which is really well kept. As you can see from the photos Ruby had a really lovely time. 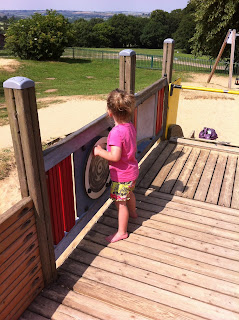 After all the fresh air and exercise we all had a really good nights sleep, I would recommend East Carlton Park to anyone with little ones as its a great place to visit or even just to go on your own to enjoy a nice walk through the countryside and woodland as it really is lovely.