When you think of CBeebies, what do you think of? Justin's House, Mr Tumble, Gigglebiz, Something Special? There's one thing that links all of these... Justin Fletcher, the man who is constantly on my TV screen and is able to keep my daughters sat down and watching the TV, gripping their attention and thus keeping them from trashing the house. I don't know how Justin Fletcher does it but I am one very thankful parent, as I am able to grab myself a cup of tea and actually drink it whilst it's hot! A Luxury many parents I'm sure can relate to and appreciate. 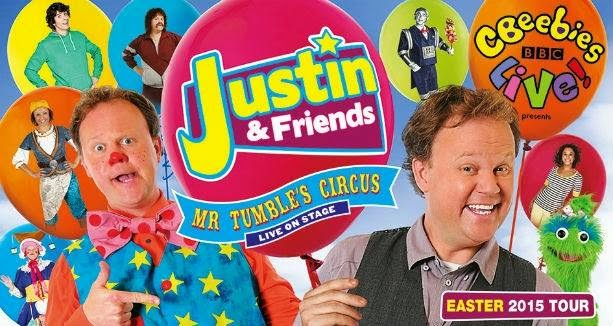 So why am I talking about Justin Fletcher? Well following a sell out tour a couple of years ago, he has decided to go on tour again, and what's even better for me is that there's a show in Nottingham during our Easter break, so we shall be going along! Ruby and Lottie are both equally excited and Lottie, who has no sense of time, keeps asking several times a day can we go now?

Justin Fletcher's tour is entitled 'Justin & Friends: Mr Tumble’s Circus' and is touring arenas up and down the country. The tour kicked off in Cardiff on the 1st of April and runs until 14th of April with the final location being Manchester. Tickets are priced between £15 to £51.50 per seat and each child needs their own seat, the show isn't recommended for children under the age of 18 months due to the noise levels. I expect it will be noisy with all the children screaming for their heroes, I think I might need to pack some ear plugs!

This is what it says about the show on its website:

"Come and join in the excitement of this arena spectacular with Mr Tumble - as well as a host of other Tumbles from Something Special, including Aunt Polly and Grandad Tumble! See Cat Sandion and Swashbuckle presenter Gem, in their first CBeebies Live! show, along with the adventurous Andy Day!

But uh‑oh! Mr Tumble’s Circus is delayed en route! The CBeebies mega‑stars with the help of Gigglebiz favourites, including Keith Fitt, Dina Lady, Gale Force and Arthur Sleep - must swing into action and save the day! In doing so, they discover that they too have some pretty amazing talents as well!

But with Robert The Robot insisting that everyone do their chores and Little Monster just wanting to cause mayhem and mischief… Will Justin and the CBeebies stars help get Mr Tumble’s Circus to town on time?" 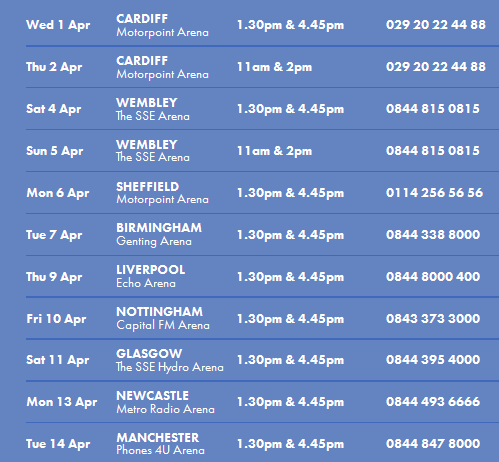 We are so excited!!