As many of you are aware, I am going to be out of action for the next few months recovering from knee surgery. I decided that it was the perfect opportunity to publish some guest posts. After putting the word out there on social media, I was approached by a not for profit organisation called Sal's Shoes, and after reading their submission.... how could I possibly say no! I think you will agree that this is a wonderful organisation doing good all over the world. 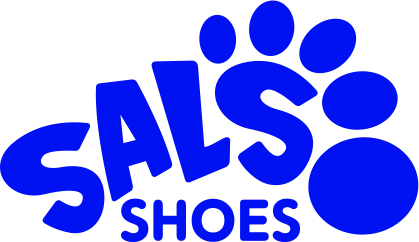 Our son Sal was a late walker, it was 22 arm-aching months before he gathered the motivation to stand unaided and take his first faltering steps. Once he did start walking however (with feet too big for Clarks' cruiser range), it wasn't long before I was armed with a bagful of his barely worn outgrown shoes; in too good a condition to throw out and with plenty of wear left in them before they seemed fit for recycling. I sought out charities who could donate them to those most in need but surprisingly, there wasn’t a single organisation that could tell me where exactly in the world Sal’s pre-loved shoes would actually end up. 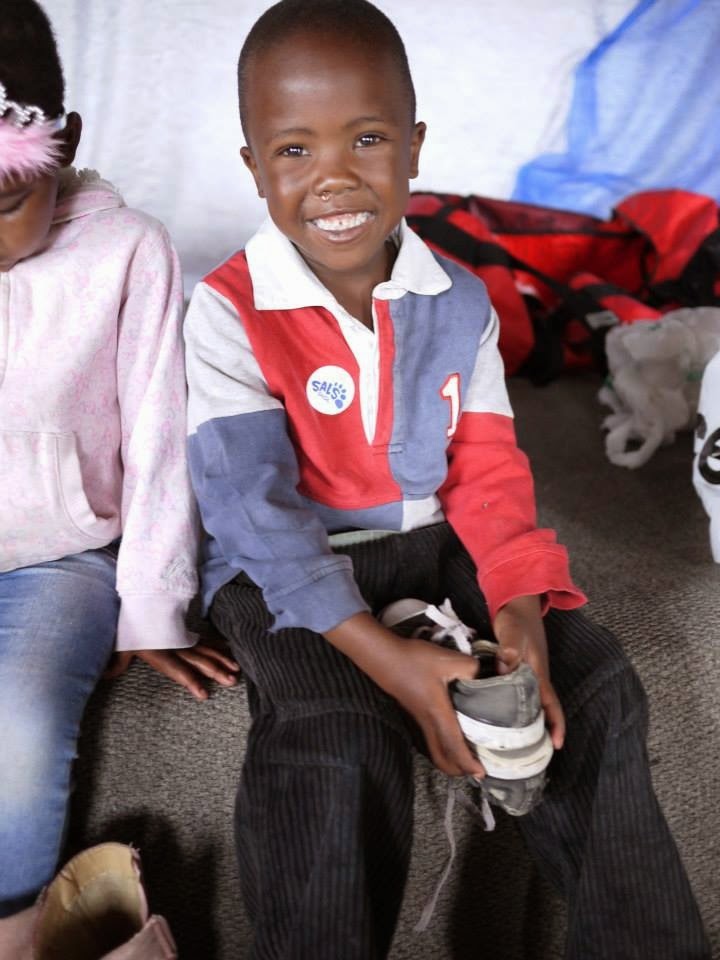 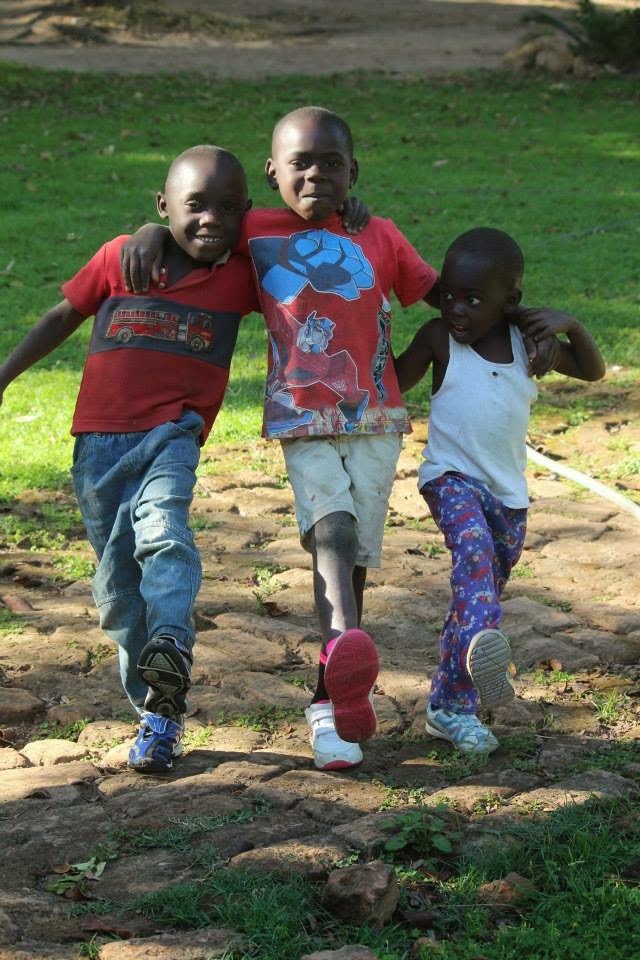 I decided to cut out the middle man. Having grown up in Africa, and with a network of family and friends scattered all over the world, I decided that if no-one was willing to tell me where exactly Sal’s shoes would end up walking again, I would deliver them there myself. A parcel was sent to a friend volunteering overseas, who distributed them on a children’s oncology ward in Southern Africa, and sent back a photograph of a child wearing Sal’s first pair of shoes; Sal’s pair of shoes had become another’s. 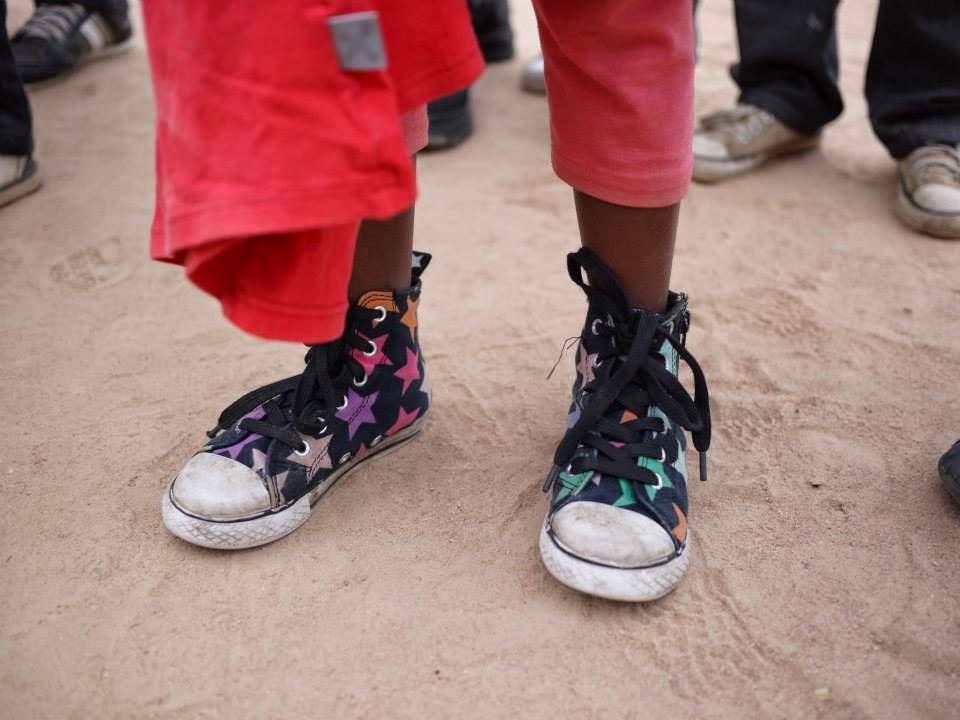 After initially collecting more outgrown children’s shoes from family and friends, word spread and soon I was inundated with pairs of barely worn shoes; ‘Sal’s Shoes’ had been born. 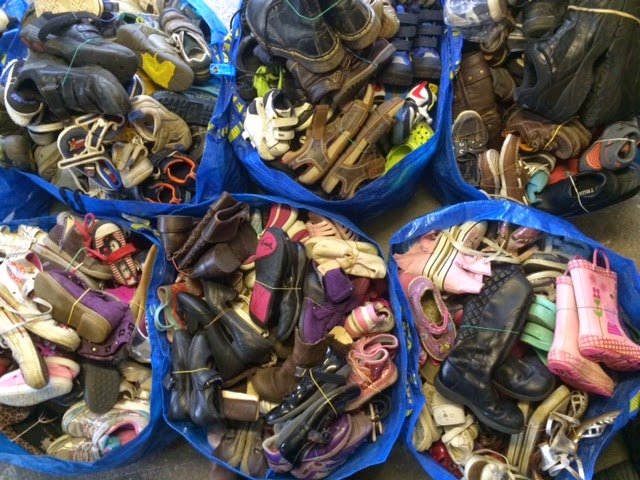 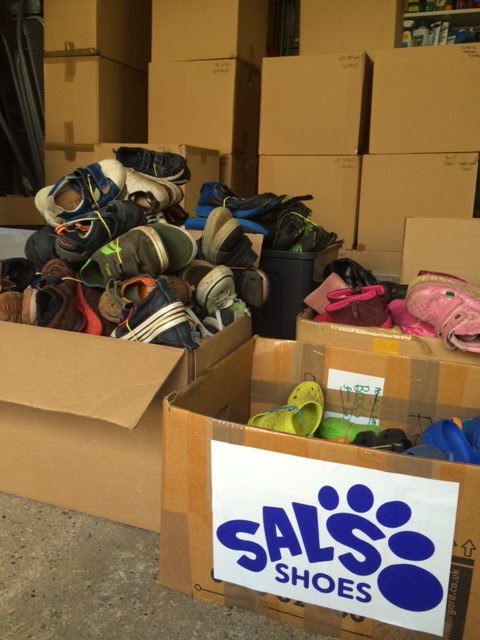 In our first year, we collected 4,805 pairs of shoes and distributed them in 8 countries, including in the UK.  In 2015 we would like to double that number of shoes and increase our financial donations to enable us to continue passing on the shoes you donate.  In October 2014, Sal accompanied me to two orphanages in a South African township to help distribute shoes and to see in practice what he had been the inspiration for. 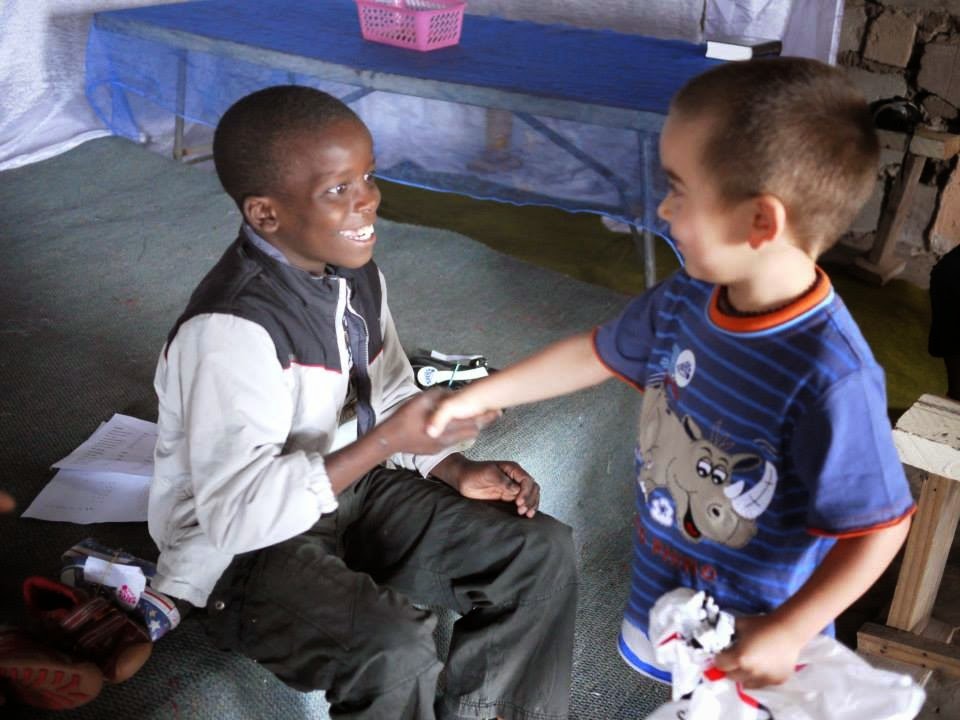 Sal's Shoes next shipment is headed for Kenya at the beginning of March to an organisation that runs children’s homes for 135 orphans and vulnerable (mainly street) children, a school for 280 pupils and a weekly feeding programme for over 250 local children. To find out how you can help, or indeed how to pass on your children's outgrown shoes please take the time to visit www.salsshoes.com you can also follow us on Facebook https://www.facebook.com/salsshoes1 and twitter https://twitter.com/sals_shoes
Posted by Unknown at 22:59