The Joys of Baby-led Weaning

When Ruby was born I had good intentions of making all Ruby's dinners, and even doing some baby led weaning, however that didn't happen as I found it a lot easier to just reach for a jar; the variety of food Ruby was getting was much greater than I would cook, due to my limited cooking skills and the fact that I don't eat fish and eat very little meat. 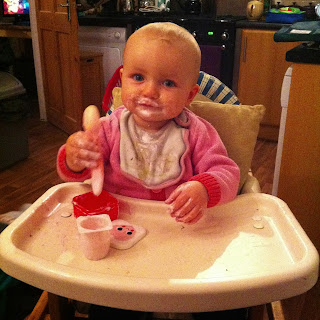 Lottie was six months old when it was time for her to be introduced to solid foods, I have done a mixture of jars and a lot of baby led weaning, compared to when I weaned Ruby. I think I was a lot more relaxed and chilled out being a second time round mummy, and just went with Lottie and took her lead.

One of the great joys of baby led weaning is that you can get some great photos, here are the latest ones of Lottie eating her yoghurt all by herself. 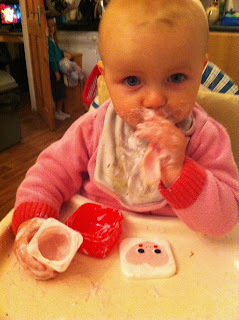 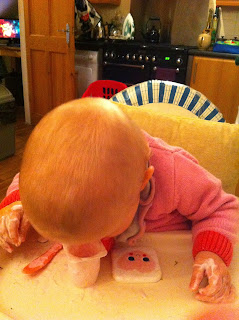 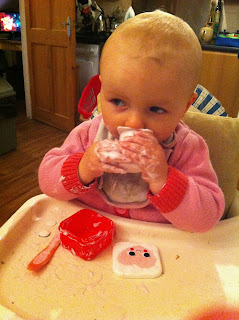 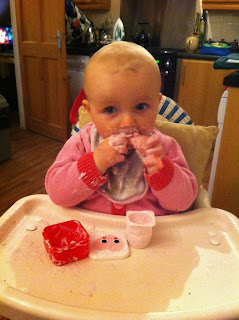 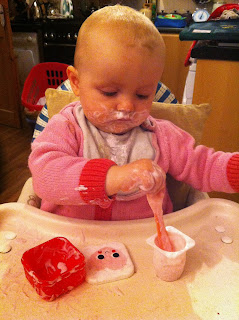 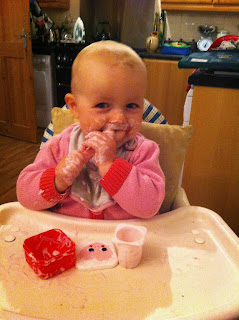 I think these photos are some of the best action shots that I've taken of Lottie, and I am so incredibly proud at how fast her hand - eye co-ordination is coming along. If only she got this excited about eating her vegetables!