As Christmas is very quickly approaching, our calendar is getting really packed out; I think we have one or maybe two weekend days that are not occupied by either visiting friends or doing something to celebrate the festivities.

We recently went to visit one of my closest friends Holly, she has been married to her husband for nearly a year and because of our busy lives, we don't get to meet up as often as we like; but when we did we started off immediately where we left off before.

It was Holly's suggestion that we met up at her home for lunch; Mat (Holly's husband) had made the most delicious pizzas and snacks for us. Holly tells me that she no longer does any cooking as Mat takes charge of it all, I can't really pass comment on this as I am very lucky that Phil does the vast majority of cooking in our house; I think because he enjoys it and at the end of the day I am just so incredibly tired after looking after the girls.

After lunch we visited a local park near to them called Market Bosworth Country Park, which boasts mature trees, a lake, a planted arboretum with exotic species, a wild-flower meadow and a community woodland. In addition to this, it has a fab playground for the children. 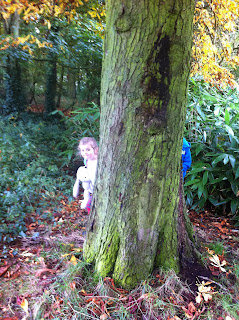 Whilst walking to the lake to feed the ducks, we came across some conkers lying on the ground; I have not seen conkers in many years, probably since my own childhood; it brought back so many lovely memories of playing conkers in the school playground. I never used to do anything to make my conkers harder, but I know some people used to, from baking them, coating them in vinegar, to leaving them in the freezer for a year etc, what did you used to do? 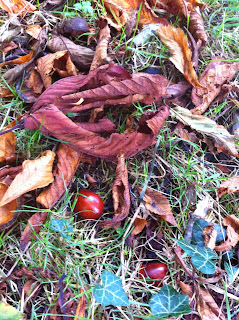 Ruby had lots of fun hunting for the conkers and even found some in their shells, which she had to try really hard to open them up. We must have collected over 100 conkers! I think we all might have been caught up in the excitement and surprise at finding them that we totally forgot how many we had collected; we had to resort to putting them in the basket under Lottie's pushchair as we could not carry them all. 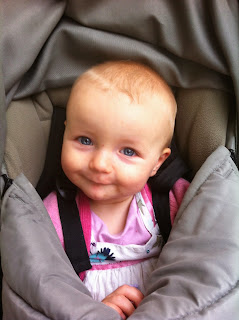 We then fed some ducks and saw the fish swimming in the lake before we headed over to the woodland adventure playground. 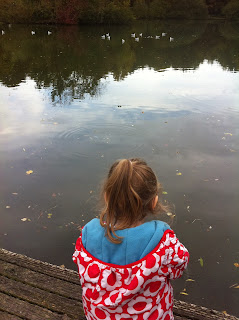 There was some lovely play equipment suitable for Ruby's age ranging from swings, climbing frames, balancing beams and slides. Even hubbie decided to give the slide a go and at one point I did really wonder if he would get stuck, but Ruby gave him a big kick to help him on his way. 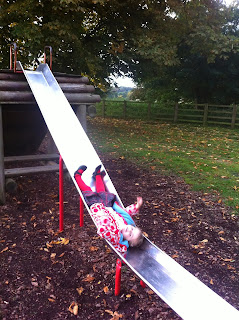 The heavens then opened and we had a mad dash back to the toilet block so we could try and keep dry, we waited for the rain to die down but it was showing no let up and water was starting to spread out on the floor in front of us; we decided to brave it and run for the car... we ended up getting very very wet! 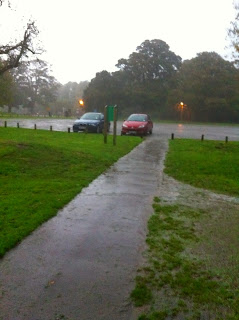 I think its fair to say that we all had a lovely day with Holly, Mat and Dillon. Hopefully we won't leave it so long before our next adventure together.

When we got home, Ruby and I decided to make a festive centre piece out of our conkers.

I find it amazing how doing something with the girls can cause me to reflect and bring back my own childhood memories. I would love to know what things you have done with your own children that have caused you to remember your own childhood.