Half Term Didn't Start That Well!!!

Well, I was really looking forward to half term and having lots of fun time with Ruby; I really feel that since Ruby has started at school, I've not really had much time to spend with her; school seems to be all encompassing, and life seems to be passing by so quickly.

Ruby had been set a lot of homework in my opinion, she has two letter sounding books, where she needs to practice writing letters and making words. She also got set some homework on "eduction city", which is a computer programme that Ruby uses in school; she is getting very familiar with it. She has about 12 different exercises to do, each taking around 15 minutes. I decided early on to get the homework out of the way so that we could focus on the fun. but Sunday evening but a spanner in the works. 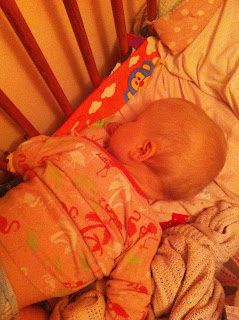 Sunday evening, reflecting back, was a really scary evening; all was fine until just before the girl's bath time, Lottie started to cough; we just assumed she had a sore throat so we gave her some paracetamol and then bathed her and put her to bed. Within half an hour, things were really not right, she was struggling to breath, her breathing was really strange and I was starting to panic. Her temperature was rising and she was becoming more and more upset; at this point Ruby was asleep, so we put a jumper on her and placed her into the car along with Lottie and quickly made our way to the local hospital.

I'm not one to normally panic, I'm normally really calm, but seeing my little Lottie have breathing difficulties was the scariest thing I've ever had to witness, and I hope I never have to go through it again.

On arrival at the hospital we were seen by a doctor, whom I took an instant disliking to, as he had very  little bedside manner and was a bit too rough in dealing with my little Lottie. After examining Lottie and doing various tests, he confirmed that it was likely she had a very nasty case of croup, which was affecting her breathing.

We were given a ventral in inhaler and a course of 3 days of steroids in the hope things would improve. I'm pleased to say that the steroids appear to be doing a very good job as her breathing is so much better than it was. 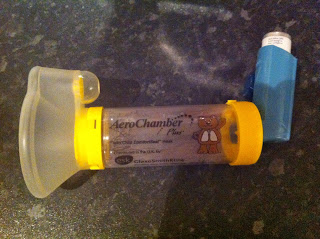 As we were at the hospital in the early hours of the morning and neither Phil or I had much sleep because we kept an eye on Lottie throughout the night, Phil requested to take a days holiday which was granted. I spent most of Monday in bed as my head was really hurting, no amount of painkillers were helping. As the day went by my headache got worse and turned into a migraine, and I was forced to lie down in a dark room, I couldn't even get on my iPad or iPhone. I think it's safe to say my migraine was brought on by the stress of having to take Lottie to hospital. I hoped Monday evening would be better than Sunday and in many respects it was as Lottie was more settled; unfortunately my headache caused me to be sick. Fortunately, when Tuesday morning came around, my headache had gone; Lottie is appears to be a lot more like herself, so lets try and start this half term again and bring on the playtime and fun!

I would also like to thank the many people who have kept Lottie and I in their thoughts and prayers, it really has been overwhelming, thank you very much x