This Sunday marks world prematurity day. I am very fortunate that both Ruby and Lottie only arrived two and three weeks early, so they were not considered to be premature; however this was not the case for my amazing friend Kylie Hodges and her son Joseph. Kylie and I go back nearly five years, in fact this time five years ago, we were both just about to find out that we were expecting; We were both really excited and got together on an online forum, to chat to other mums and share our pregnancy journeys; we became bump buddies as our due dates were within days of one another. 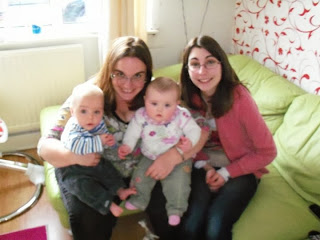 If I am honest, I had never really thought about the prospect of either girls arriving early, it is a topic that is all too often avoided by people. I remember being very shocked when I heard that Kylie had delivered her baby at just twenty seven weeks! Joseph weighed just 1lb 7oz, You can read more details on Kylies blog.

Fast forward to a few years after Joseph's birth, and my auntie went into premature labour with her second child; she lives over in Dubai and I had no idea at all what to do or say, so I turned to Kylie for advice. As luck would have it, (I call it god given), Kylie was visiting family in Australia and had a connecting flight in Dubai on the way home. She took it upon herself to meet up with my auntie, which I'm sure was such a blessing to my auntie as I know my she found it very difficult because she was not able to hold her son when he was born; he spent his first few precious days and weeks in an incubator.

This year, Bliss are raising awareness of world prematurity day by getting people to think about hugs. How would you feel if your baby was in a plastic box and you couldn't hold him or her? I know I would feel so heartbroken.

Bliss have put this short film together and I suggest you grab some tissues as it made me cry.

If you would like further information on Bliss and the amazing work they are doing, you can find it here.

On a personal note, I am so incredibly proud of Kylie (and Joseph). she is a true inspiration to all of us for speaking up and raising so much awareness. She does so much already, but this crazy person who I am so proud to call my friend has dyed her hair purple! Yes bright purple, I would never in a million years have the confidence to do this but, she has and I would like to encourage everyone to sponsor her.