Today the girls and I went over to my mum's (aka Nana to the girls). Nana's house is amazing as there is always so much to see and do, she also makes the best cup of tea too!

Nana's house is only a short car journey from our house but at times it feels too far; since having the girls I would really like to be nearer. Her house has two real fire places that were perfect to sit next to as it was so cold outside! Even the cat was curled up asleep when we arrived! 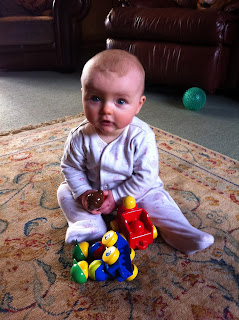 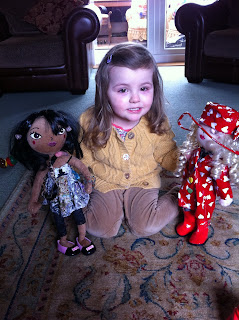 There are so many toys at nana's but today Ruby played with some dolls; she has started to turn into a little girly girl since I had Lottie and loves to treat them as her babies!

Lottie on the other hand was quite happy to sit and pick up duplo and try to eat it!

After a cup of tea and a hot cross bun, nana suggested we go outside to help with some jobs. Ruby loves being outdoors and being able to run around, fortunately nana has 16 acres so plenty of space to play! 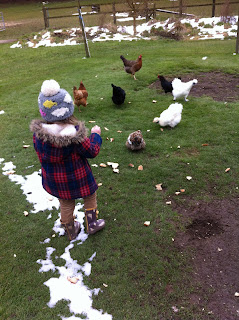 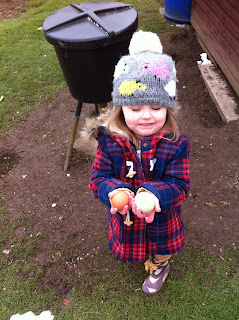 We started off by feeding the chickens and collecting eggs. 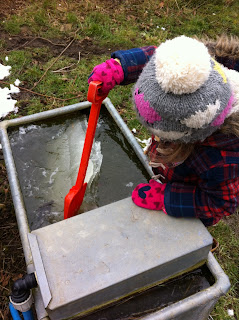 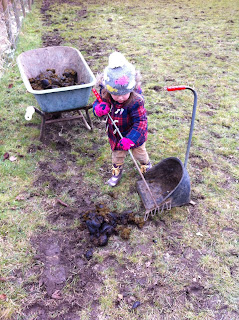 We went poo picking in the horses field.

Whilst in the horses field we saw their was ice in the water so Ruby used her spade to attempt to break it. Normally when Ruby is near water she ends up drenched as she has so much fun but thankfully today she wasn't! 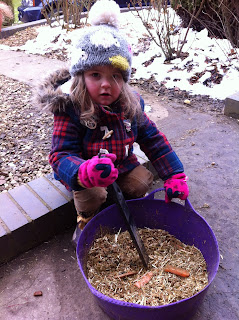 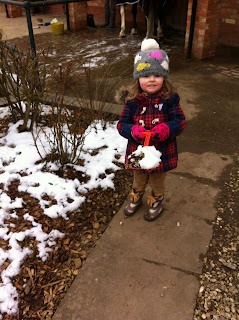 We played with the small amount of snow left and mixed the horses food.

Finally before we went inside we filled the horses hay nets with fresh hay. 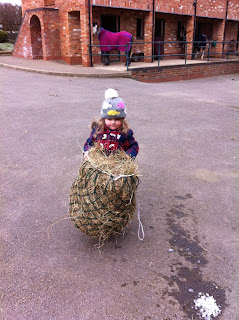 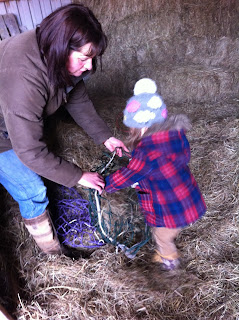 It may have been cold outside but we had a lovely time playing outside at nanas.