I really don't know where the time has gone recently, we have just been so busy that I haven't even had a chance to tell you about going to see Disney on Ice a couple of weeks ago.

A few months ago I saw that Disney on Ice was touring, and thought it would be a great idea for an early Christmas present for Ruby. Ruby is absolutely mad about anything to do with Disney princesses, so I was sure she would like it.

Phil took a half days holiday from work and arrived home in time to pick ruby up from school. As soon as we got home from the school run, we quickly got changed and jumped into the car to head off to Sheffield for the show. 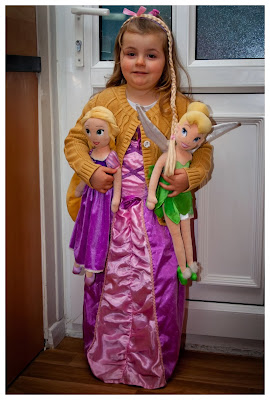 Ruby had dressed up in her favorite princess costume... Rapunzel from Tangled! Ruby was incredibly excited, and to be honest I was too, however I was a bit worried about how restless Lottie might become; I was assured by some friends that there would be so much to see and do, that there would be no way Lottie would be bored.

When we arrived at the arena, it was lovely to see that almost all of the young girls attending the show had dressed up as their favorite Disney princess. There were even some adults dressed up too.

Before the show we spent some time looking at the merchandise that was available to purchase; I was disappointed that there was not much choice, but we ended up buying an official program which came with a pink sparkly hat that Ruby loved, it was pricey though, at £10. I feel its important to buy a program as its nice for Ruby and I to look back on; it can also go into her memory box too.

The was opened by the classic Disney characters, including Mickey, Minnie and Pluto, who were joined by the rest of the cast to perform an intricate routine that concluded with a scene from the Princess and the Frog. 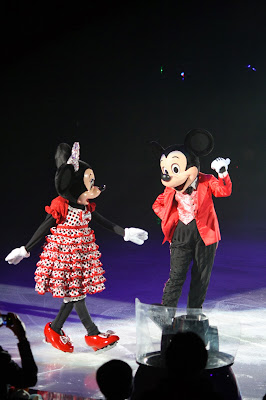 The rest of the first half of the show consisted of fairly short renditions of Snow White and Cinderella, which Ruby loved; it definitely warmed up the crowd for the main event. Even though she knows the stories inside and out, Ruby was a bit scared during Snow White, when the trees in the enchanted forest started to “get her”, but apart from that Ruby was enjoying every minute of it; it was lovely to see her getting involved by joining all of the other children in shouting at Snow White not to eat the apple, and various other crowd participation opportunities throughout the show. 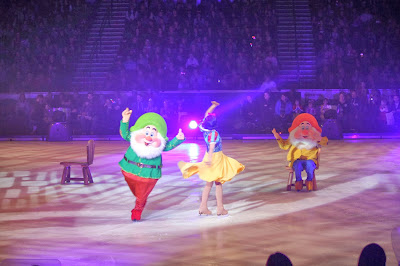 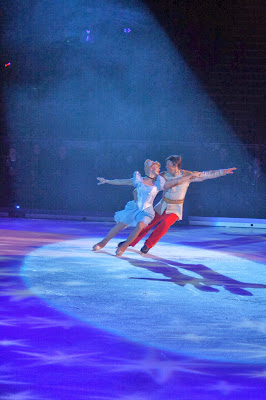 Cinderella wrapped up shortly after the mid show interval, and Mickey and the gang came out once more to introduce the main event.... Disney's Tangled! I think it is fair to say that Tangled is Ruby's all time favourite film, and Ruby could not have been more excited when Rapunzel skated out onto the ice. 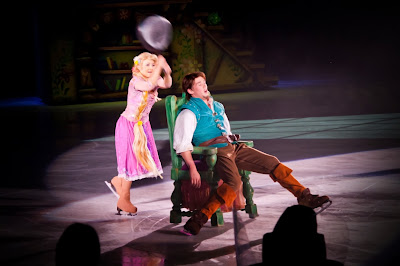 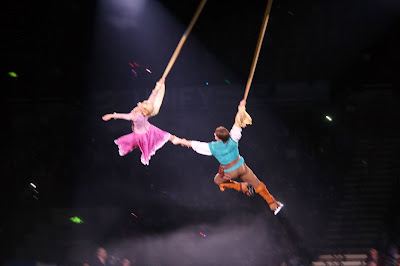 The rendition of Tangled was absolutely fantastic; I won't go into too much detail in case anyone is planning to see it soon, but there was one part of the performance in particular that had everyone on the edge of their seats; The skaters who were portraying Rapunzel and Flynn, performed an aerial routine (without harnesses), that had had them swinging through the air, at what must have been at least twenty feet from the floor, using Rapunzel's hair! It was amazing to see. The show was funny and enchanted, even Phil really enjoyed it. 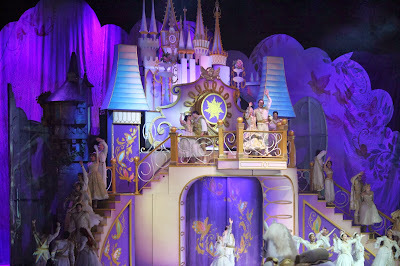 Lottie behaved really well and was fascinated about everything that was taking place in front of her. I think it's fair to say that we all had a fantastic time at Disney on Ice, and I am sure we will be going to see them again on their next nationwide tour.