This week a very important letter arrived addressed to Ruby; I can't recall the last time I received a letter through the post, but it certainly has been a really long time. I really do love to read a letter, it means so much more to me than an email; more thought goes into a letter, and people have to take the time to write it and take it to the postbox. I still remember the lovely feeling of receiving a postcard that I was not expecting from a dear friend back in the summer.


A few weeks ago my mum gave me a leaflet for a personalised letter from Santa, I thought this was a great idea and the best bit about it all was that the money raised from sending letter went towards helping the NSPCC. You can donate as much or as little as you like for the letter, but the recommended donation is £5. To create the letter you enter several details onto their website and chose which letter you want your child to receive, as well changing certain bits to make it more personal. 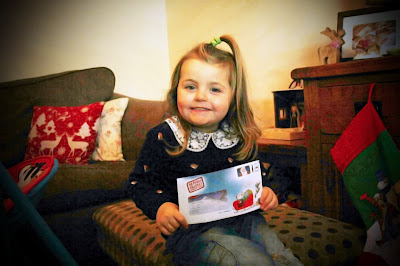 When the letter arrived through the post Ruby was so incredibly excited; she isn't old enough to read all of the letter herself so I had to read it to her, but her face was a picture, she couldn't believe that Santa had taken the time to write her a letter and he even knew that she had recently learnt to write her name and that he had already wrapped her pressie and was moving onto Lotties! 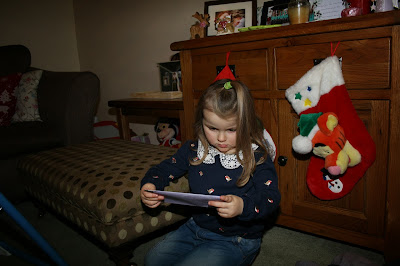 We will definitely be looking at doing another one of this letters next year. You can find the details here.