Ruby turned five at the end of July and since being at school she has been invited to several birthday parties and was very adamant that she wanted to have a party of her own; I on the other hand was really not keen on the idea. My main worries were the cost and also it all being just a bit too much, but we decided a compromise; I told Ruby that she was allowed to invite up to eight friends around to our home for a small party. 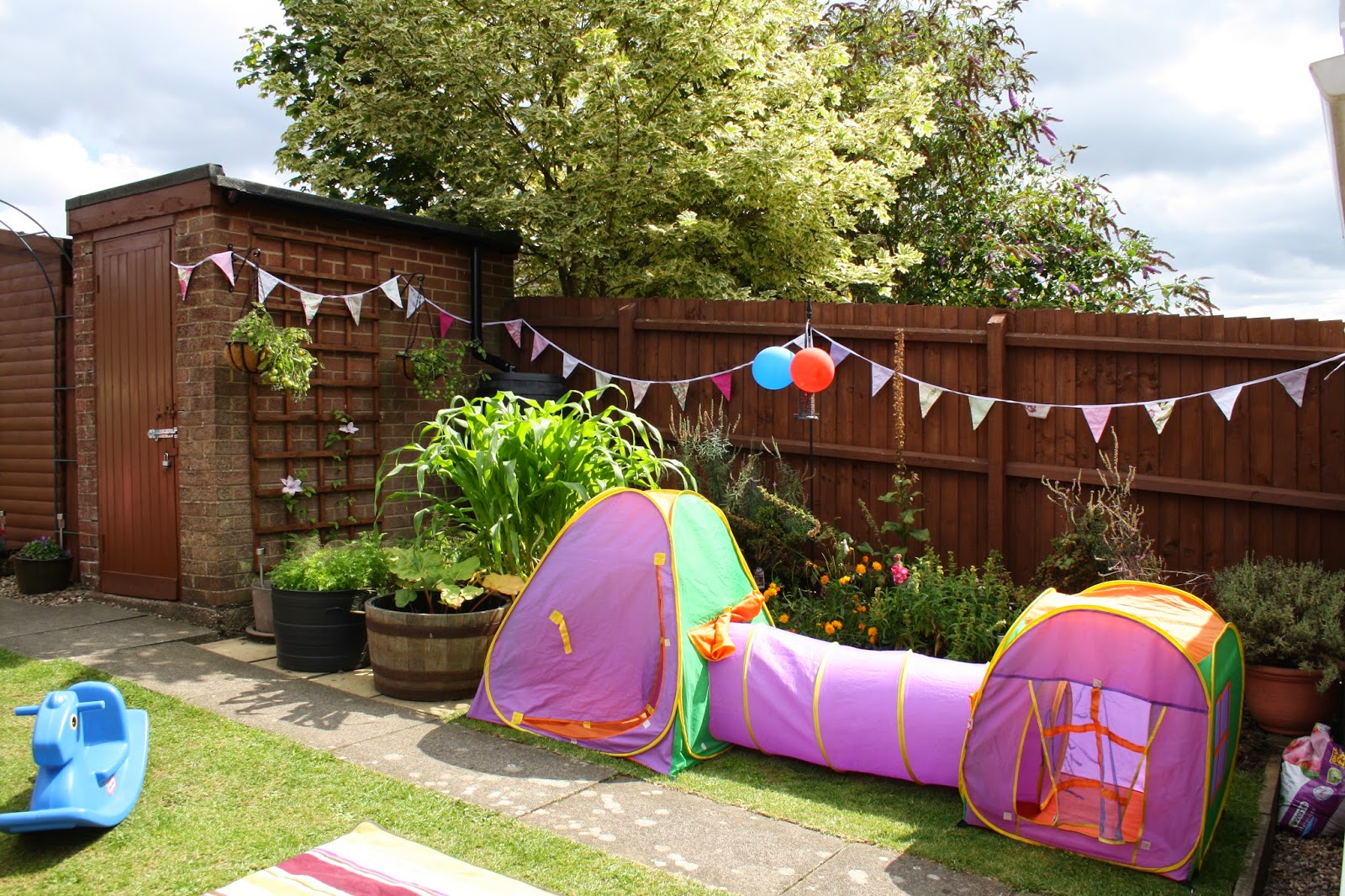 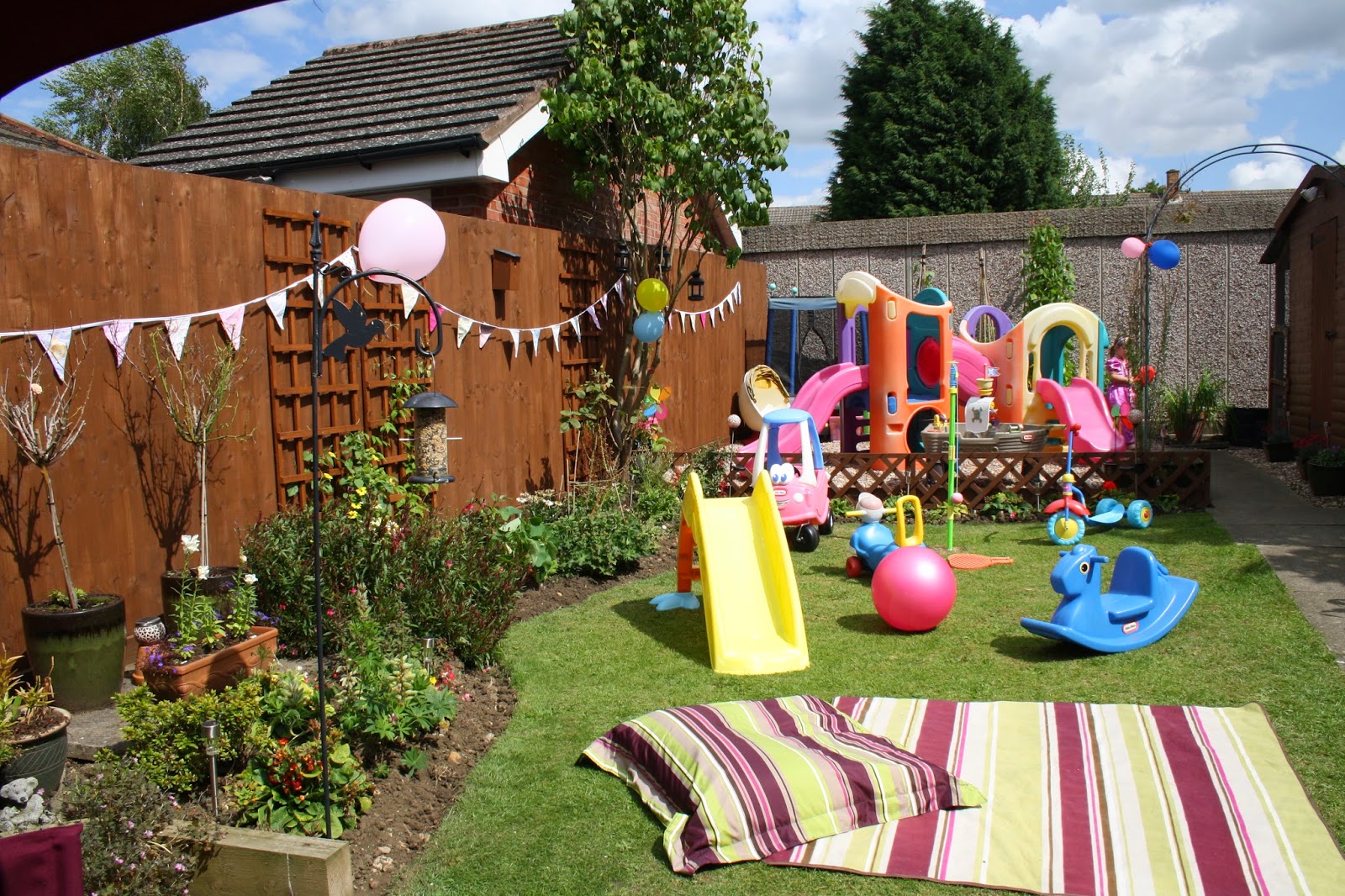 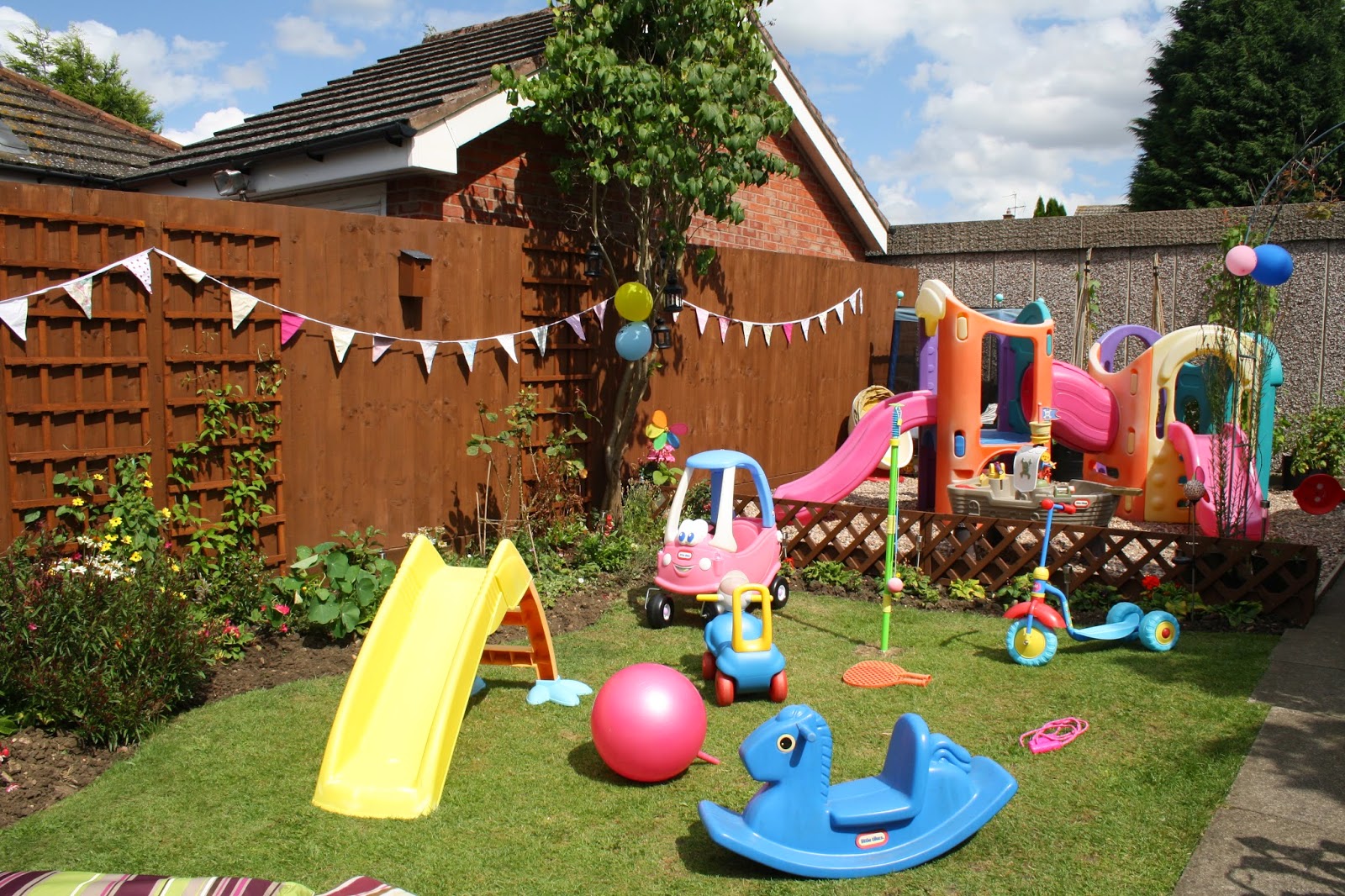 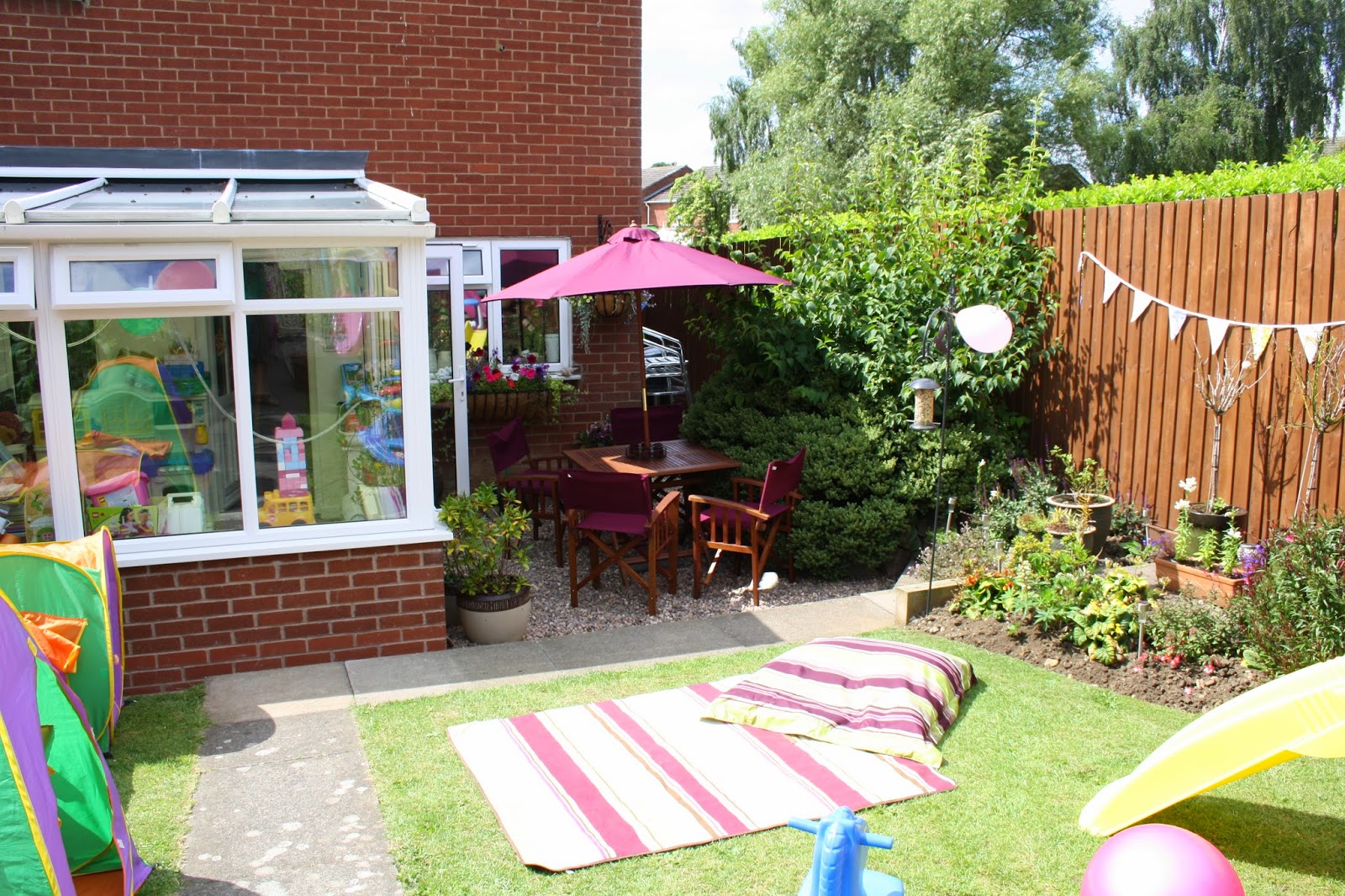 Anyone who knows Ruby will know that she loves Disney Princesses, so it was very easy to pick a theme for her party. We do not live in a massive house, but a good size two bedroom end terraced house; I really did not like the idea of the children running around the home, so decided to come up with some activities that would keep them occupied. I am pleased to say that all of the children loved what we did. 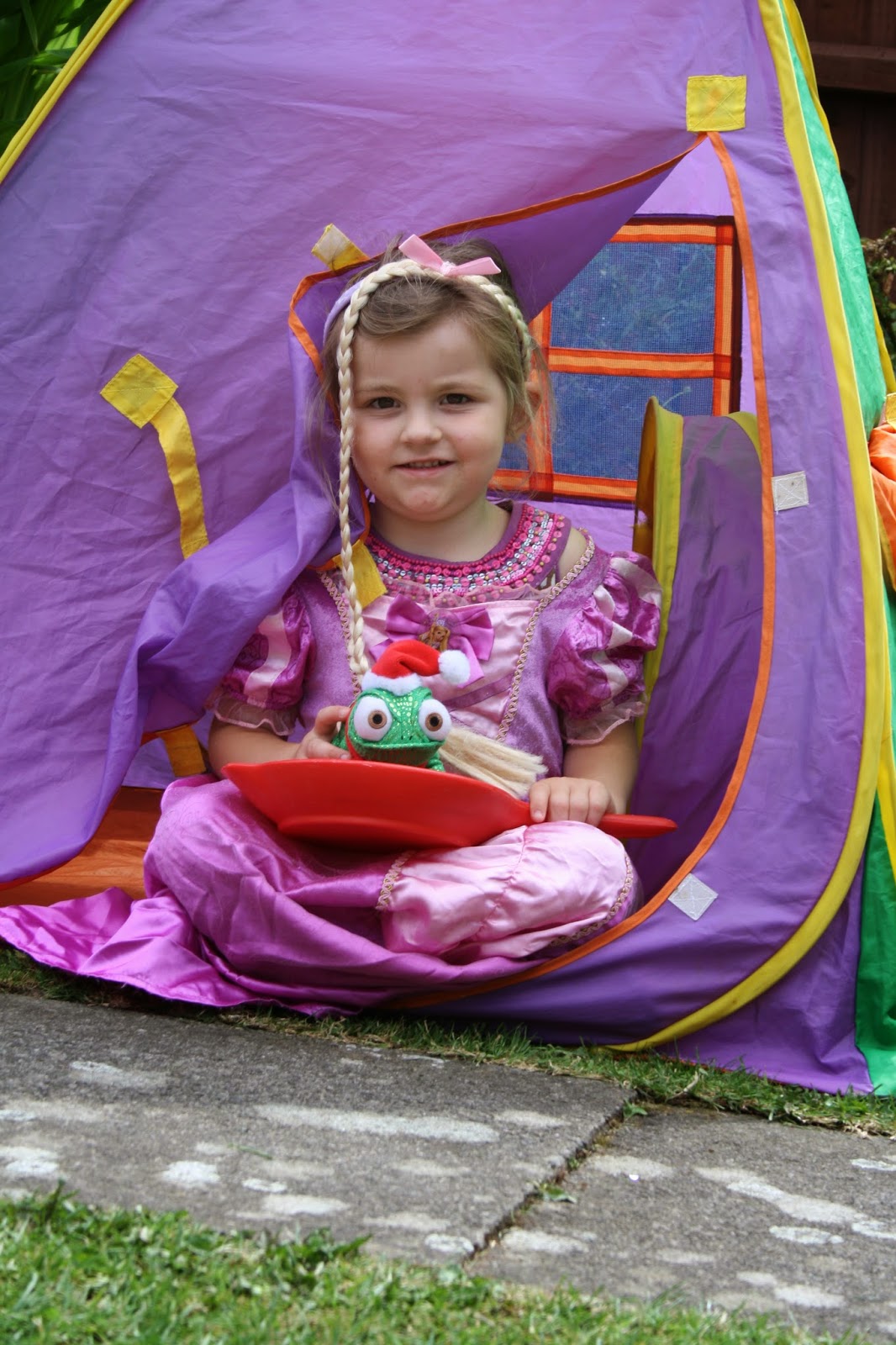 As soon as the children arrived, they painted a jewellery box.

When they finished, they went outside in the garden to play as it was a really lovely sunny day; while they played, I cleaned up the table and got everything ready for our next activity. 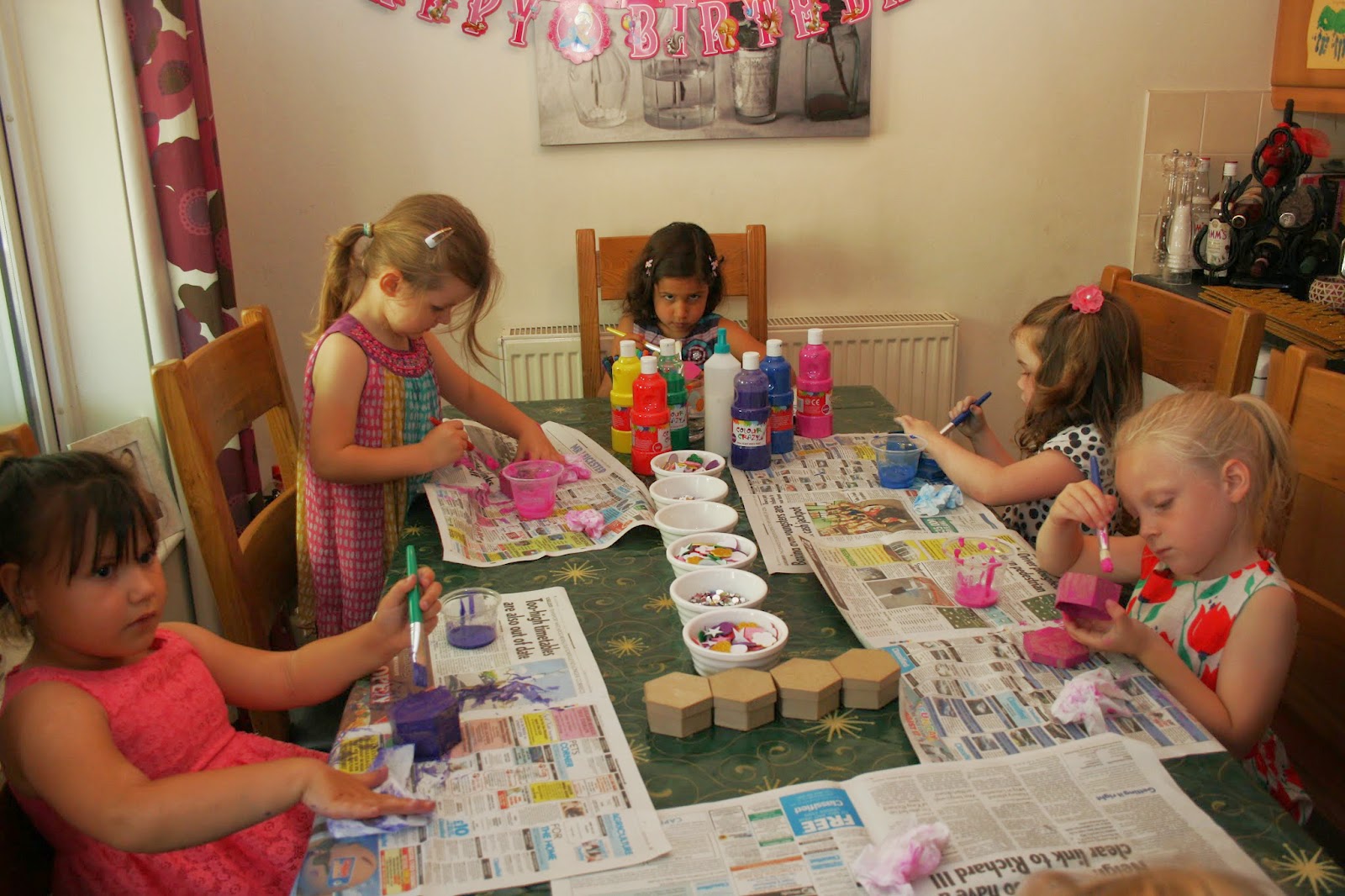 They played in the garden some more while the pizzas were cooked and the rest of the party food was set out. 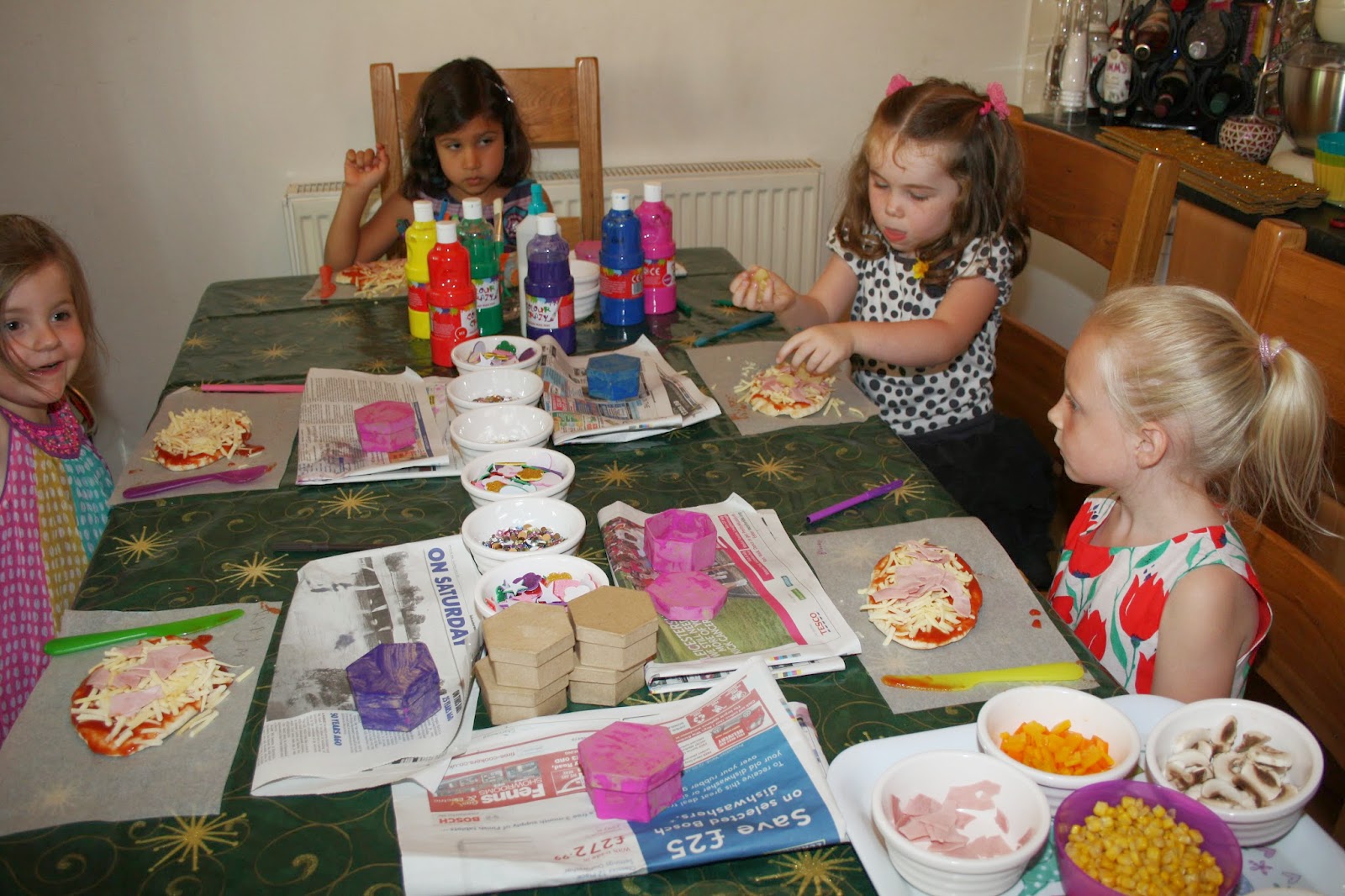 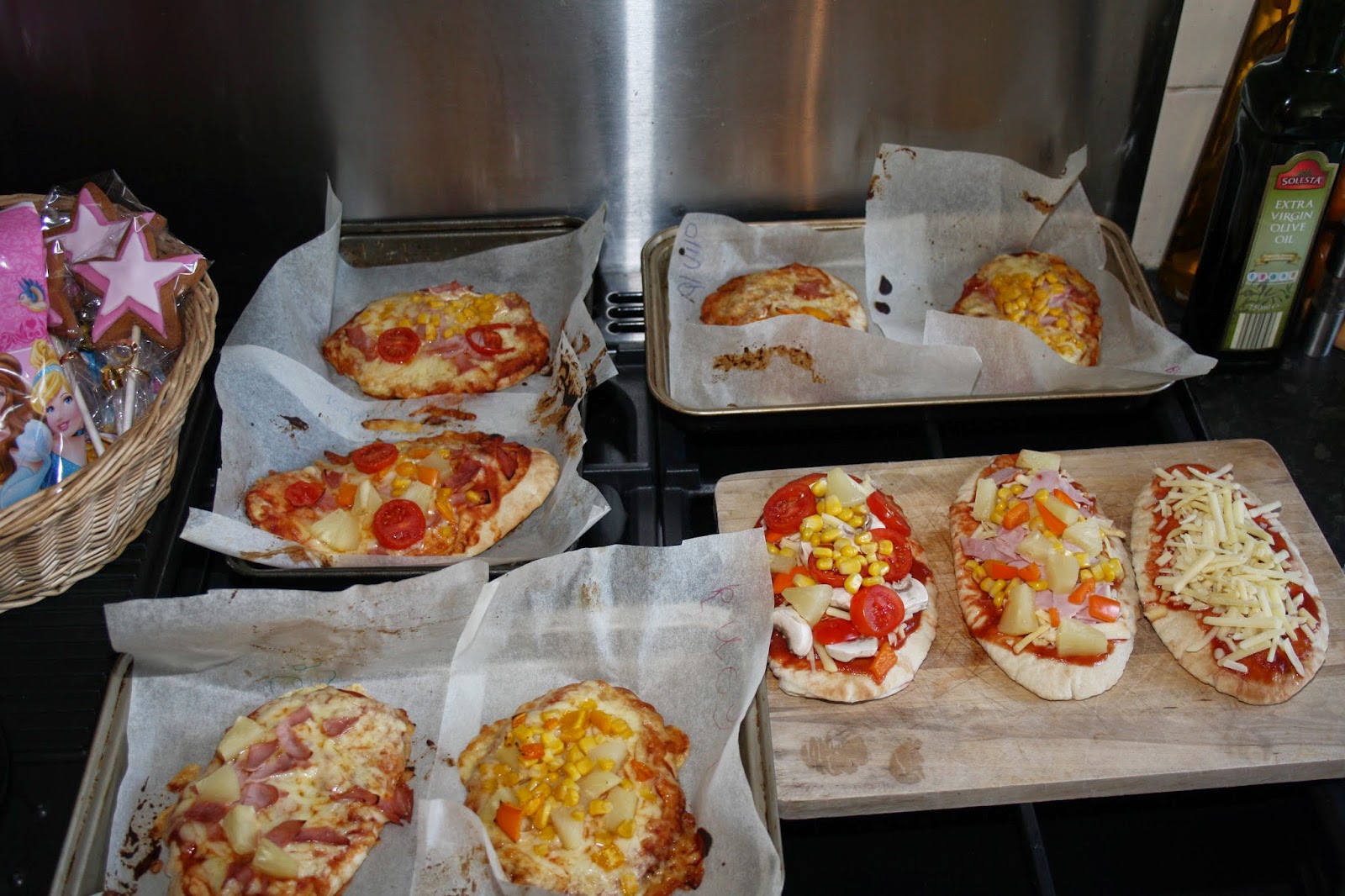 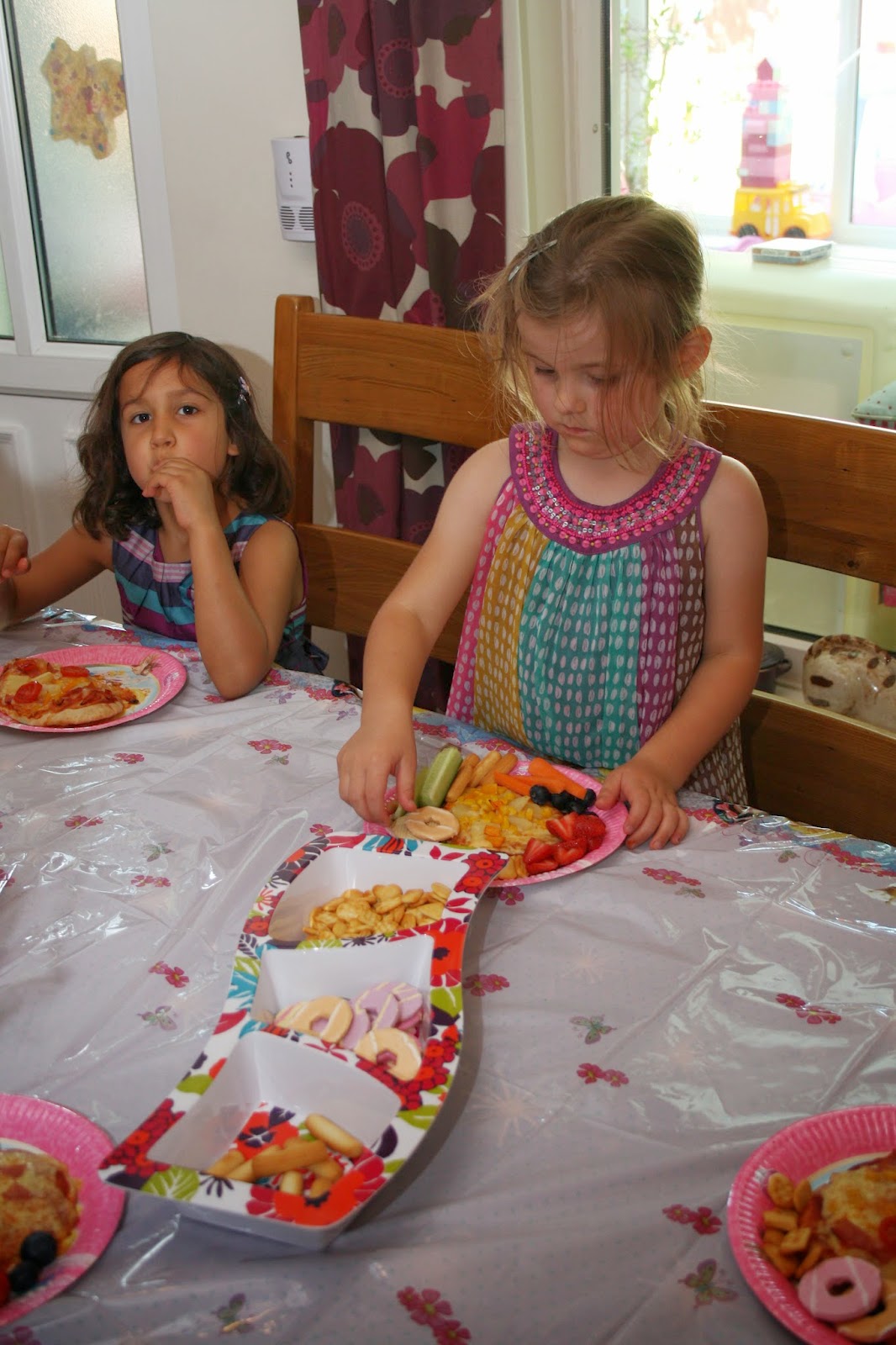 After eating party food, the children all made bead bracelets and necklaces to go inside their jewellery boxes as well as decorating a tiara. 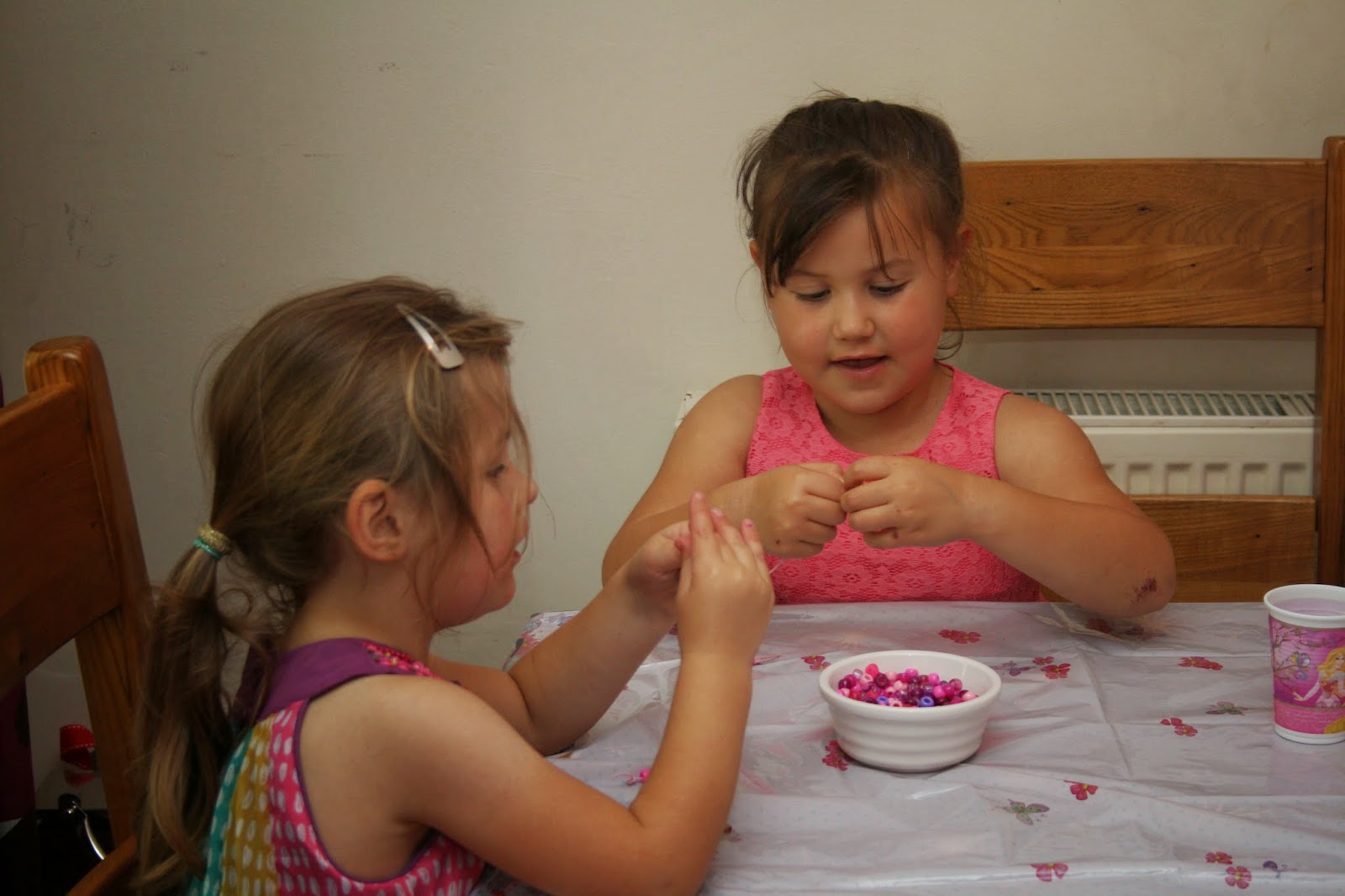 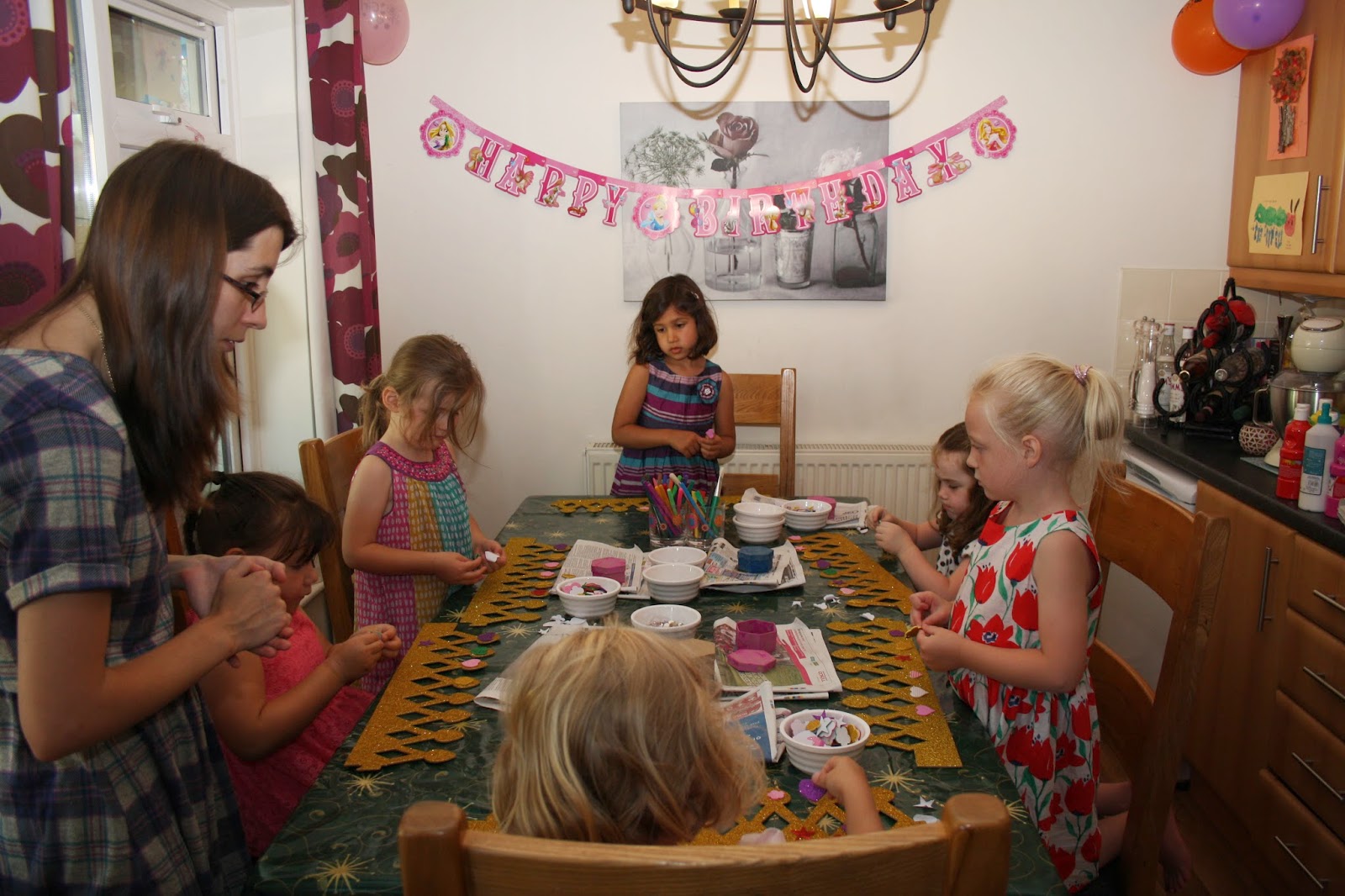 I thought when we planned the party that two and a half hours would be too long, but in actually fact we were rushed to sing happy birthday and for Ruby to blow out the candles on her cake. 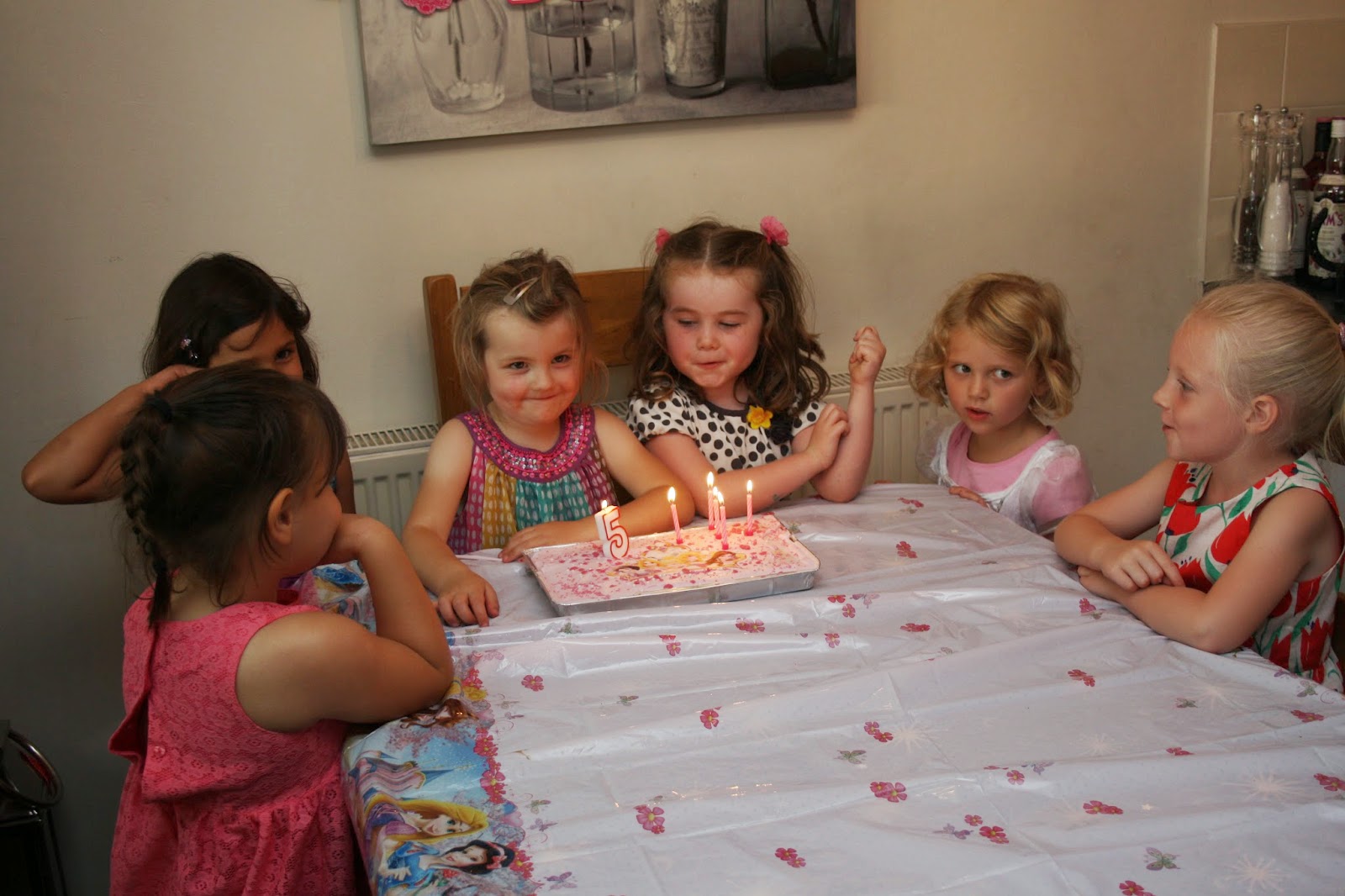 Ruby had a lovely party and I enjoyed it too; there was very little mess to clean up afterwards so we all had a lovely day.
Posted by Unknown at 13:34