Last week was the final week for Ruby at school before the Easter holidays commenced. I have been somewhat surprised at how much attention has been focused on Easter whilst Ruby has been at school as they certainly didn't do as much for Christmas. To celebrate Easter the children visited the local church where the vicar conducted a special Easter service; Ruby has also made a beautiful Easter card which I will treasure as it's so very lovely. 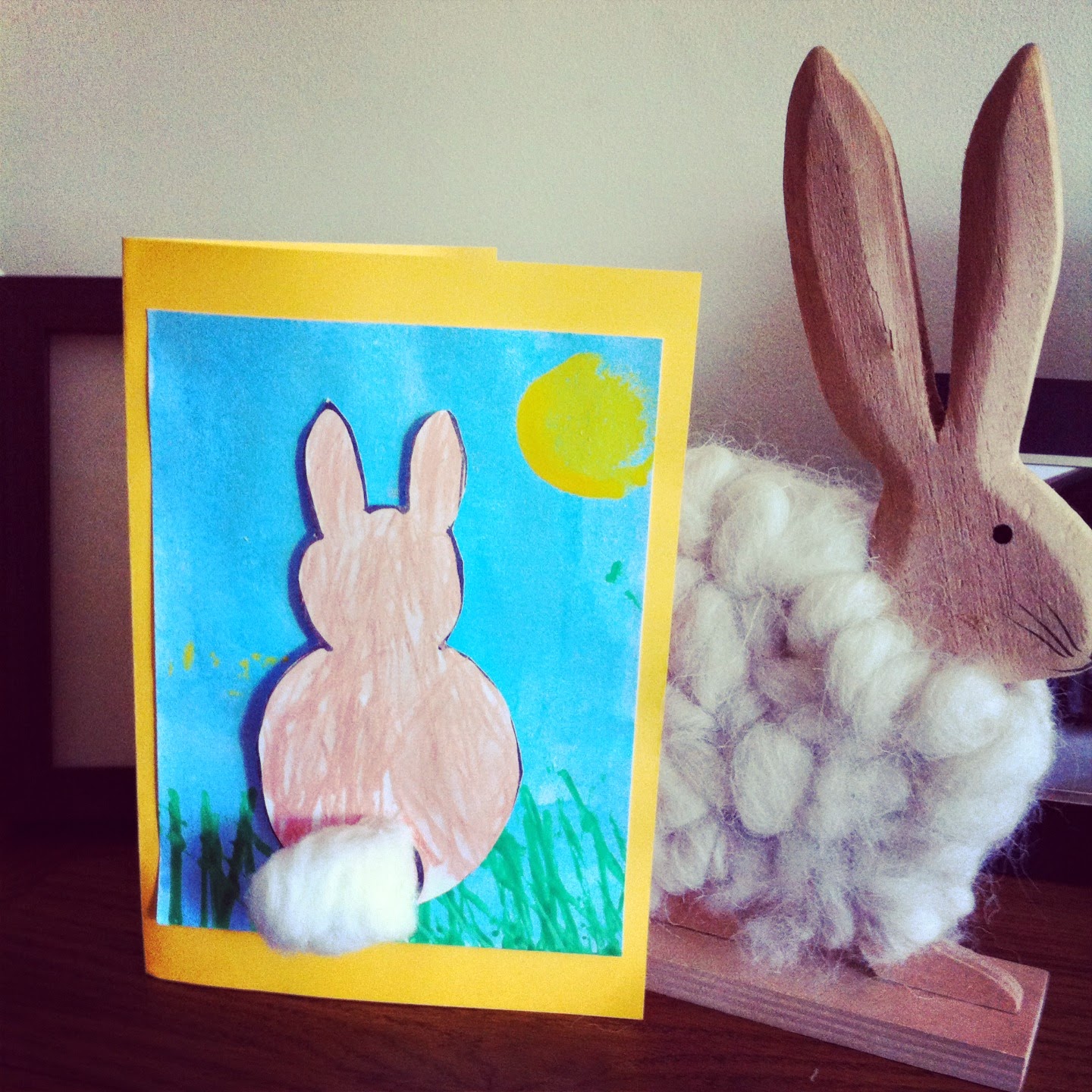 We also received a letter last week saying that the children would be having an egg rolling contest and a competition for the best decorated hard boiled egg. I will put my hands up now and admit that I wasn't even sure how long you are supposed to hard boil an egg for, so I had to ask around and the answer appears to be anything from 10 minutes onwards - but boil the eggs from cold water so that the shell doesn't crack (you can tell that we don't eat boiled eggs in our house!). So I did as I was instructed and I'm pleased to say I'd hard boiled the eggs enough without cracking them so Ruby was able decorate them. 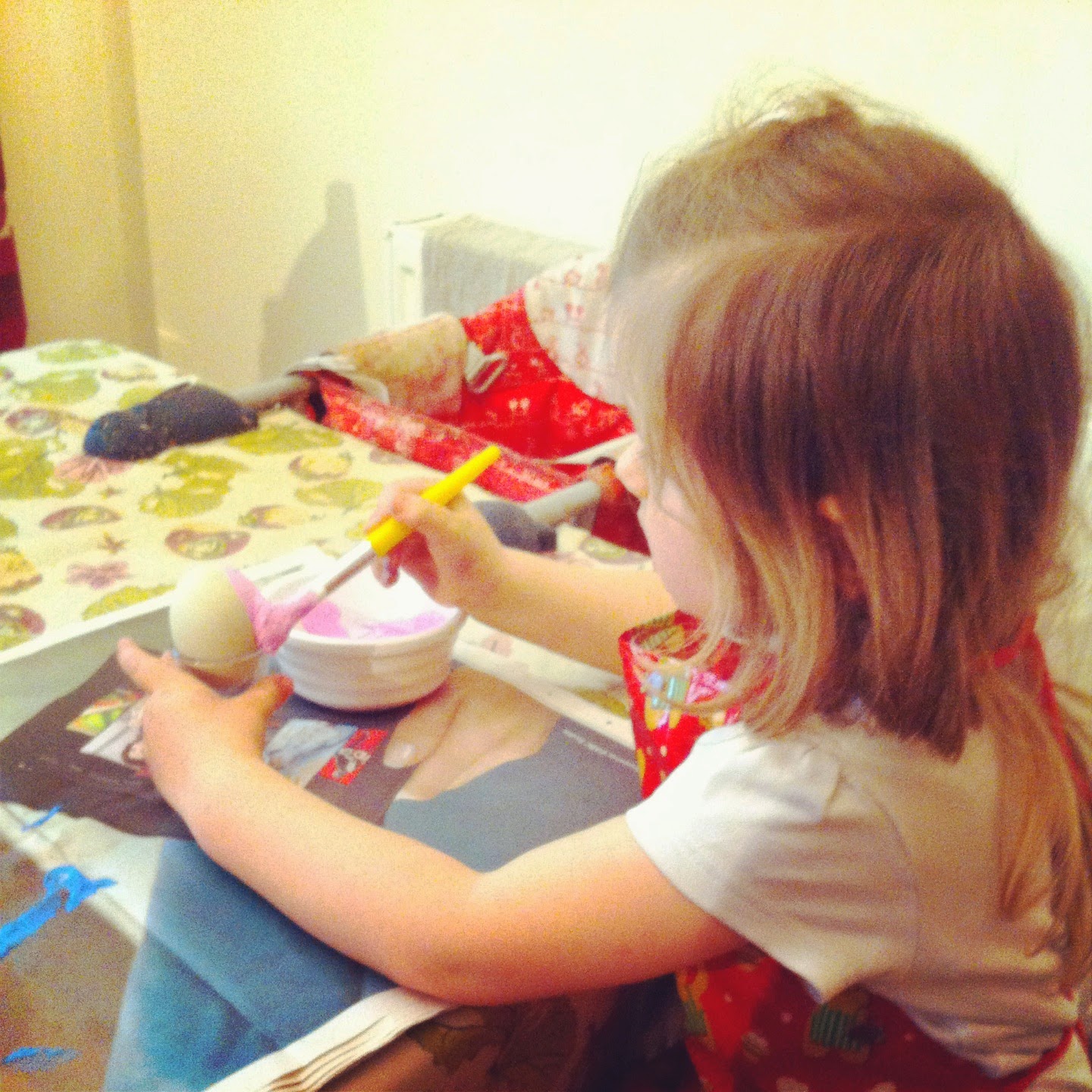 Ruby was really excited to be decorating an egg as it's something she had never done before. Currently, Ruby is obsessed with the movie Frozen and so decided that she wanted to make her egg into Elsa. She started off by painting her egg pink for Elsa's face then painting a toilet roll blue for her dress, we let these dry before she drew a face onto the egg and added strips of yellow tissue paper to make her hair, she also added some sparkle and glitter onto Elsa's dress and made a white cape out of Crete paper. I think it's safe to say Ruby thoroughly enjoyed this and has already asked if she can make an Anna and Olaf to add to her Frozen egg collection. 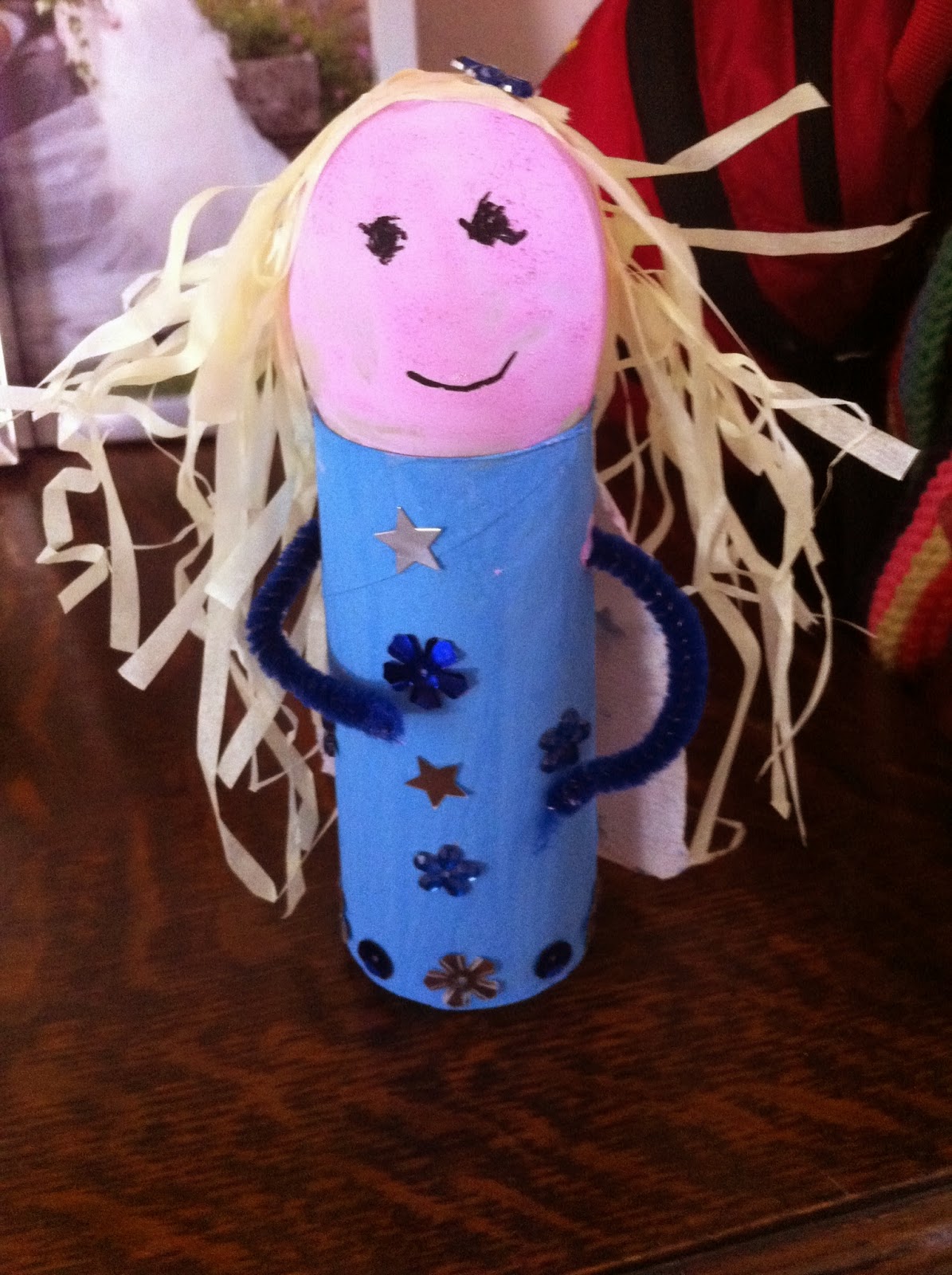 Unfortunately last Thursday lunchtime I received a phone call from Ruby's teacher saying that Ruby had been upset and complaining she felt cold when in fact she was burning up with a fever. I brought her home and put the tv on so she could have some quiet time, and within a few minutes she was fast asleep. Ruby's school had planned a treasure hunt for the last Friday of term and I'm so gutted for Ruby that she missed it - however I do have some plans to create our own Easter egg hunt. 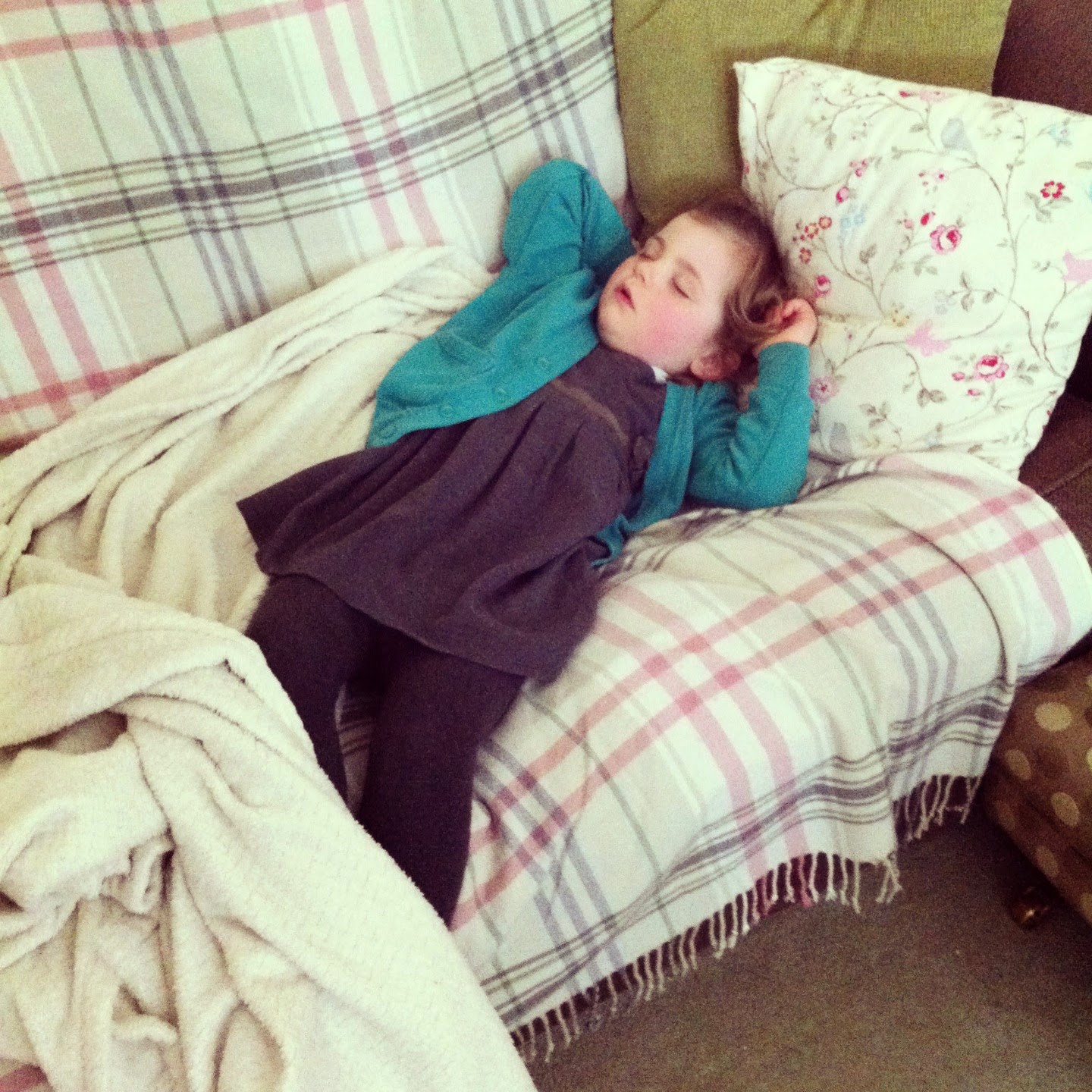 I still can't believe that when Ruby goes back to school we will be entering into the last couple of months of her being in her foundation year, and then she will be moving into year 1, I have no idea where the last year has gone or indeed the last 5 years, my baby is growing up way too quickly and I'd really like her to slow down a little bit.